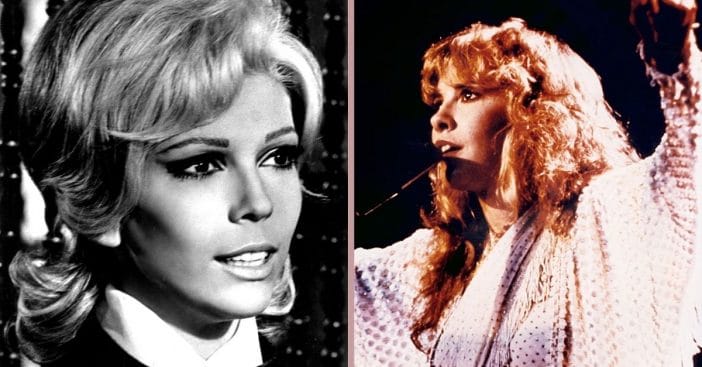 Nancy Sinatra recently opened up about how Fleetwood Mac’s Stevie Nicks once gave her the “cold shoulder.” According to NME.com, she says that she thought other female artists “sort of looked down” on her in the ’60s and ’70s. “I don’t think they knew what to make of me and my so-called career,” Nancy says.

“They shunned me a little bit, which I found hurtful. And I didn’t quite understand why they did.” She adds that she “wasn’t really allowed” to join the group of musicians like Joan Baez, Helen Reddy, and Nicks, who were all very big in the folk music scene at the time.

Nancy specifically notes an event held at the White House during Bill Clinton’s presidency (1993-2001) where she met Sheryl Crow and Nicks. “I met Sheryl Crow and Stevie Nicks, and they gave me a cold shoulder. That was painful for me. It’s like they didn’t want to be friends.”

She continues “I tried to make an effort to shake hands, ‘So nice to meet you’ kind of thing, but they weren’t interested… I don’t want to put words in their mouths. But yeah, I think there was definitely some of that. I felt like an interloper.”

RELATED: The Reason Why Lindsay Buckingham Is Still Mad At Stevie Nicks