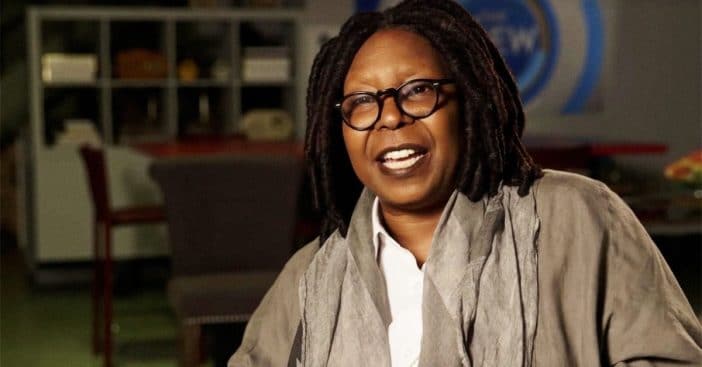 Whoopi Goldberg was recently suspended for two weeks from The View after Monday’s episode, during which she said the Holocaust was “not about race.” Amidst her apology and reactions supporting and opposing her suspension, people want to know how her last name relates to her statement about Hitler’s genocide against Europe’s Jewish population.

Goldberg is a surname of German and Yiddish origin that can have biblical or geographic roots, or acts as a way to honor a matriarch in the family named Golda. The Sister Act star was not born with the stage name commonly associated with her; she was actually born as Caryn Elaine Johnson. So, how did she end up with the surname Goldberg and how does this affect her statements about the Holocaust?

How did Caryn Elaine Johnson get the name Whoopi Goldberg?

With regards to her first name, Whoopi Goldberg ended up with this title because, she explained, people likened her to a whoopee cushion. “When you’re performing on stage, you never really have time to go into the bathroom and close the door. So if you get a little gassy, you’ve got to let it go,” she shared. “So people used to say to me, ‘You’re like a whoopee cushion.’ And that’s where the name came from.”

What about Goldberg? Her father was Robert James Johnson Jr. and her mother Emma Johnson (née Harris). The former Caryn Johnson became Whoopi Goldberg in 2011. “My mother did not name me Whoopi, but Goldberg is my name,” said Goldberg, “it’s part of my family, part of my heritage, just like being black.” It has been rumored Goldberg’s mother thought her original last name was “not Jewish enough” for her daughter to become famous, though that has not yet been confirmed. On the other hand, Goldberg has stated she feels a deeper connection to the last name than this rumor.

Whoopi Goldberg feels a connection to her name and identifies as Jewish. In explaining her name, she further said, “I just know I am Jewish. I practice nothing. I don’t go to temple, but I do remember the holidays.” Jewish Chronicle further reports her saying, “Religion is a lot of work, it’s exhausting. So I keep it simple, I have a pretty good relationship with God. We talk.”

Goldberg further shared that “When people heard the name ‘Whoopi Goldberg’, and then I turned up, I was not what they were expecting” and outlined how people would ask in a roundabout way, “So are you?” and “Come on, are you Jewish?” The outlet further writes that she visited Israel “many moons ago” and planted a tree there. Reportedly, researcher and historian Henry Louis Gates Jr. looked into Goldberg’s family and found all her traceable ancestors to be African Americans and did not note ethnic Jewish or German ancestry. The 2006 PBS documentary African American Lives showed her admixture to be made up of 92% Sub-Saharan African and 8% European. Though, Judaism does stand at an intersection of race, ethnicity, and religion.

Independent writer Victoria Gagliardo-Silver, who is also a Jewish Black woman, notes that from the context of Goldberg’s life in America, race to her is something that can be “seen.” She does add, though, that “what Goldberg was missing was the historical context that the whiteness of Jews is a modern perception.” Words and labels change meaning over time and place; race can seem based in appearance in America, but during Hitler’s reign – and in other contexts around the world – it can get very nuanced, and Hitler launched his genocide because he viewed the Jewish population as a whole race he considered subhuman.

Click for next Article
Previous article: Why Rob Zombie’s ‘Munsters’ Reboot Should Be Black And White
Next Post: Susan Sarandon Facing Backlash After Comments About NYPD Detective’s Funeral