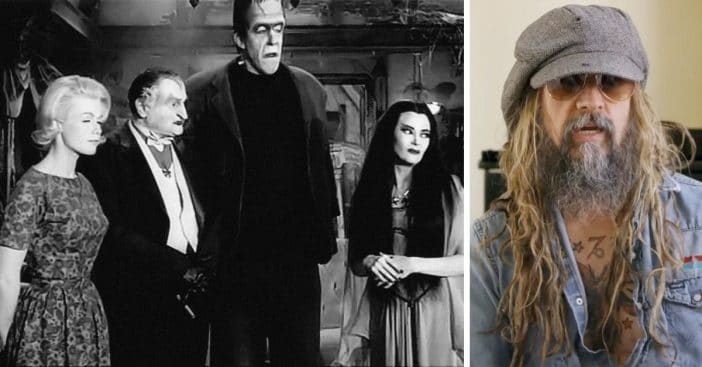 Anyone who’s a fan of The Munsters remembers the original being in black and white, and now people are arguing that the Rob Zombie reboot should also be in black and white. But is there any special reason as to why? Well, aside from the fact that pretty much all TV shows and movies were in black and white back in the ’60s, it also lent nicely to the show’s macabre and gothic aesthetic.

After the original show’s cancellation, everyone’s favorite macabre family (perhaps, besides The Addams Family) came back to our screens for a series of TV movies from 1966 to 1996, and all of them were jarringly filmed in color.

Will the ‘Munster’s reboot be in black and white?

And while it was rather cool and interesting to see the Munsters’ family all in technicolor, bringing more life to their dark demeanor, the reception to the style/color change wasn’t what was originally intended. People weren’t psyched about it. Because everything was changed from black and white to color, this also means their makeup was in color, and looked tacky and even fake when colorized—because the makeup used was made to pop in black and white schemes, not color. And even though Zombie’s production will likely be much more advanced and high-tech, avoiding such poor production value like the olden days, it’s still something that leaves a bad taste in people’s mouths. Black and white just works better for the Munsters.

It’s also been reported that Zombie is doing the best he can to stay true to the original with only a few major changes, but it’s not confirmed if he’ll be pushing it live in black and white yet. But many believe that it would be the perfect tribute and nod to a classic by having it in its original color scheme.

Only time will tell if Zombie will be able to channel the authentic style of the original show and invoke nostalgia in us all.

Click for next Article
Previous article: Boney M Music Group Then And Now 2022
Next Post: Did Whoopi Goldberg Change Her Name Because Her Original ‘Wasn’t Jewish Enough?’