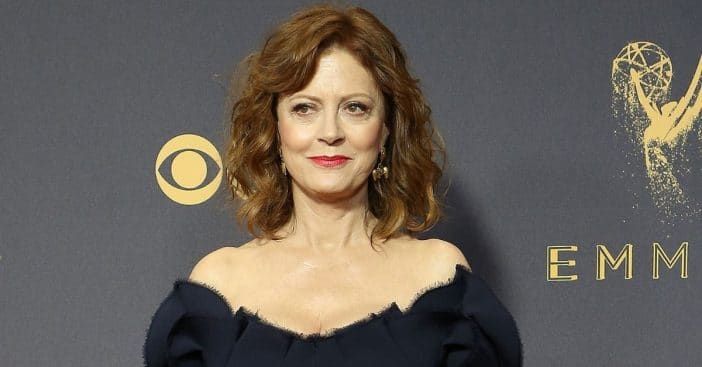 Susan Sarandon is facing a lot of backlash after comparing a slain NYPD detective’s funeral turnout to fascism. NYPD officer Jason Rivera’s funeral was carried out on Manhattan’s Fifth Avenue, escorted by police as it traveled to the historic St. Patrick’s Cathedral.

Sarandon featured a tweet originally written by podcaster Danny Haiphong, which showed a photo of police officers lining the New York City streets. The text on it read, “I’m gonna tell my kids this is what fascism looks like.” On top of that original layer of text, Sarandon writes on her own accord, “So, if all these cops weren’t needed for CRIME that day, doesn’t that mean they aren’t needed ANY day?”

It’s unclear if Sarandon made the post herself or if she shared it from another account. Regardless, people were pretty angry at her for it. Officer Rivera and Wilbert Mora were shot on the evening of January 21th while responding to a report of a domestic violence incident in Harlem. One user responded to Sarandon’s tweet, “Susan- I am so disappointed in you. Left wing is one thing but being inconsiderate of our finest is just wrong on so many levels. You owe the officer’s family along with the force an apology. Your comment is reprehensible.”

Another writes, “Extremely wrong of you to make these two honorable gentlemen your personal pawns in your dumb little game.” Another adds, “One woman lost her husband and the other lost her son. They were protecting a mother from her abusive son when they were assassinated. These officers come from all over the country to pay respects and support the families. #ShameOnYou There, but for the grace of God.”

A last commenter says, “So totally offensive in SO many ways. PLEASE feel free to NEVER call 911—EVER. My son (LA County Deputy) became a cop following his father’s footsteps –who was killed in the line of DUTY….”

Click for next Article
Previous article: Did Whoopi Goldberg Change Her Name Because Her Original ‘Wasn’t Jewish Enough?’
Next Post: ‘Walker, Texas Ranger’ Cast Then And Now 2022