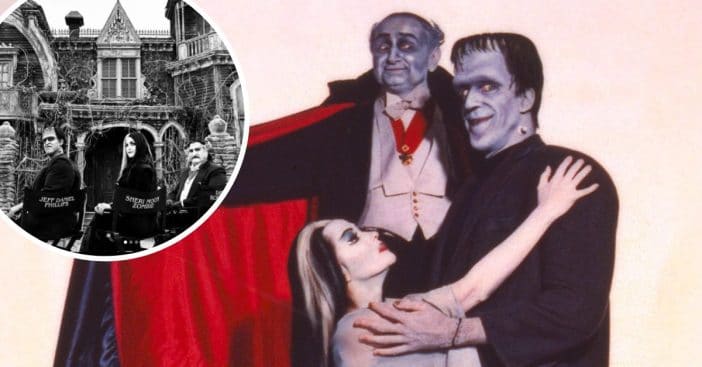 Director Rob Zombie is working hard on a reboot movie of The Munsters. As a big fan of the television series, he is aiming to make sure the movie turns out really well. The original series aired on CBS from 1964 until 1966. While others have tried to reboot the series, none of the reboots have done very well. Rob is hoping to change all that.

‘The Munsters’ reboot film may be in black and white, fans suspect

Rob had a mansion built that perfectly recreates the one used on the show. He shared several updates on the construction of the home. Recently, he also shared a sneak peek photo of some of the cast. Fans quickly noticed that all of the photos have been in black and white.

They also noted that Rob loves classic horror films. Many of these old movies were in black and white and he may want to bring that back. The Munsters is also the type of series and movie that really works in black and white. Even so, many younger fans may be turned off and prefer a colorized movie. Only time will tell! Do you hope the film premieres in color or black and white?

RELATED: Rob Zombie Shares New Photos On The Set Of ‘The Munsters’ Reboot

Click for next Article
Previous article: Katherine Schwarzenegger Shares Adorable Photo Of Her Daughter And Mom Maria Shriver
Next Post: ‘The Beverly Hillbillies’ Officially Ended After This Happened