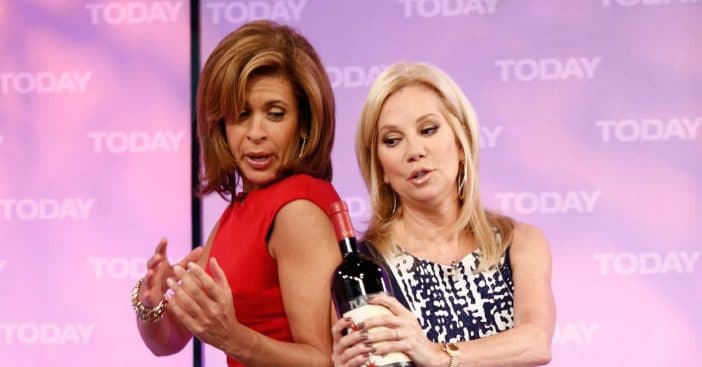 Kathie Lee Gifford responded to her friend and former co-host Hoda Kotb‘s breakup news. Hoda recently revealed that she has broken off her engagement to Joel Schiffman. They share two young girls, Haley and Hope. Fans noticed that Hoda wasn’t wearing her engagement ring so she decided to share more about the separation.

Hoda clearly had the support of her current TODAY co-host Jenna Bush Hager but she also has support from Kathie Lee too! Kathie Lee said, “My darling Hoda, I am truly so proud of the way you have handled a very difficult and painful decision. As usual you did it with grace and kindness. May God bless you and your precious girls and Joel as well as you continue down this thing called life. I love you.”

Hoda opened up about the decision and said that they had some “meaningful conversations” over the holidays and ultimately decided that they were better as co-parents and friends. They will continue their friendship since they share two young children and plan to co-parent them.

At first, she didn’t want to talk about it on television but recognized that the highs and the lows are all part of life and that many women can relate to what she’s going through.

RELATED: Hoda Kotb Explains Why She’s Been Absent From ‘TODAY’