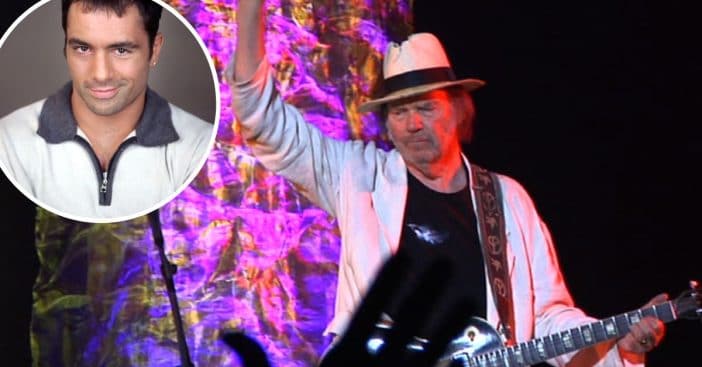 Neil Young reportedly gave the music streaming website Spotify an ultimatum. He sent an open letter to Spotify, which has since been deleted from his website, asking for Joe Rogan’s podcast to be removed due to COVID-19 misinformation. If they fail to do so, he wants his music removed from the platform.

The letter read, “I am doing this because Spotify is spreading fake information about vaccines – potentially causing death to those who believe the disinformation being spread by them. Please act on this immediately today and keep me informed of the time schedule. I want you to let Spotify know immediately TODAY that I want all my music off their platform. They can have [Joe] Rogan or Young. Not both.”

The letter came after a group of 270 scientists, professors, and medical professionals also sent a letter to Spotify, asking that Spotify at least make a disclaimer and misinformation policy on Joe Rogan’s podcast, and others. The wrote, “By allowing the propagation of false and societally harmful assertions, Spotify is enabling its hosted media to damage public trust in scientific research and sow doubt in the credibility of data-driven guidance offered by medical professionals.”

Joe has previously said that young, healthy people should not get the COVID-19 vaccine and promoted the treatment of ivermectin, among other things. Joe has over 11 million listeners per episode, which the group of scientists and other professionals claim is a tremendous influence and Spotify should have a policy against misinformation.

At the time of posting, both Joe’s podcast and Neil’s music remain on Spotify available for streaming. Spotify has not yet responded.

Click for next Article
Previous article: Looking Back At The Late Olivia De Havilland Through The Years
Next Post: Martha Stewart Broke Up With Anthony Hopkins Because She Couldn’t Separate Him From His Iconic Character