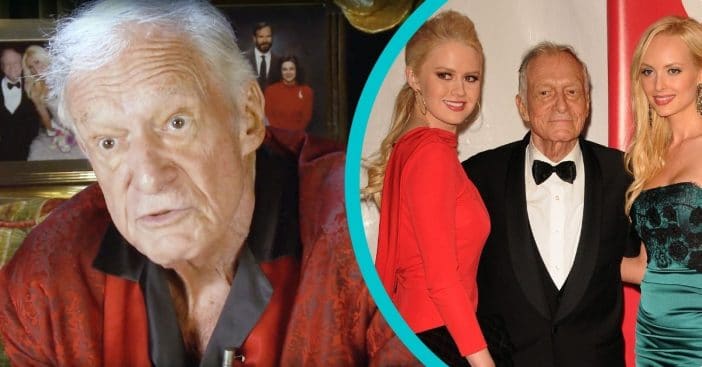 The new A&E documentary series Secrets of Playboy, in addition to emerging testimony from former girlfriends, has thrown the unique life of Hugh Hefner under renewed scrutiny and analysis. In light of these revelations, Sondra Theodore, a former ex-girlfriend to the Playboy founder, has come forward with accusations of grooming against the man she likened to evil itself.

Theodore, today in her mid-sixties, shared that she and former Playboy playmate Miki Garcia had both been trying to come forward their stories and inside details for a decade. Secrets of Playboy, directed by Alexandra Dean, gives these stories a platform. Here is what Theodore had to say of her experiences.

Sondra Theodore was 19 when she attended a party with her high school friend and met Hugh Hefner for the first time. “I really didn’t have a concept of who he was,” Theodore admitted, explaining she did not get his name correct at first, but she and her friend wanted to attend the party at his house to see “what the party was all about.” Her mother begged her not to, but Theodore said she outlined her plans to attend with her buddy then return home together. The two ended up with an introduction to Hefner himself, who Theodore says knew all the right things to say and conducted himself like Prince Charming. She was given the nickname Baby Blue and, Theodore added, “I was in love before the night was over.”

Things then started “snowballing” to her becoming an official girlfriend and Playmate. Six to eight month later, she’d moved into the Playboy Mansion; she stayed for five years. For however dreamy this seemed, Theodore always bore the ongoing goal of being an actress and indeed enjoyed frequent work – until she didn’t, and Hefner told her “You don’t need to work anymore.” A security force even followed Theodore, she claims, and Hefner explained that he himself received death threats that could extend to her. But Theodore was clued in by then to an uneasy feeling in her gut.

When Theodore did try and separate from Hefner, she claims he put out memos to block her acting opportunities. She was reportedly blocked from a promising role as the daughter of Mary Tyler Moore’s character. No work meant no money meant relying entirely on Hefner. With Hefner, she was further directed to perform sexual acts outside of her comfort zone. “I was groomed,” Theodore explained. “It was a slow grooming to get to that point. And he broke me. He kept on and on about it.” They struck up a deal that she would “party” once and not be asked again if she didn’t like it.

Between the drugs and the uncomfortable nature of her situation, Theodore says she dissociated, buried her true feelings and grievances as best she could, so now seeing photos of herself with Hefner is like witnessing someone else’s life. According to Theodore, she and others were “being manipulated and used for his pleasure, for other men’s pleasures up there,” reportedly enabled by tender, empty words of wanting to start a family together. Looking back, Theodore says “I could see the devil in him and it would scare me.” In Secrets of Playboy, Stefan Tenenbaum, former valet to Hefner, also backed Theodore’s claims that the women were recorded without their consent. “Hefner taped everything in his bedroom,” he claimed, “and many men and stars and athletes came into the bedroom and had sex with these girls. Most of the time Hefner never participated. He just watched, he was a voyeur.”

Click for next Article
Previous article: Valerie Bertinelli Hopes Maybe One Day She Can Be Together With Eddie Van Halen Again
Next Post: Looking Back At The Late Olivia De Havilland Through The Years