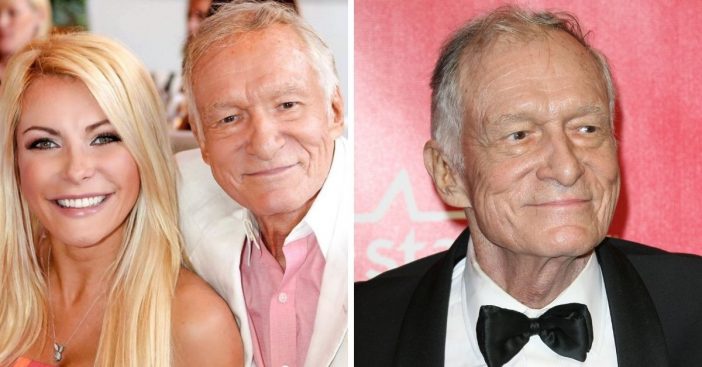 Crystal Hefner recently paid tribute to her late husband. She was married to Hugh Hefner from 2012 until he died in 2017. On the third anniversary of his death, she shared a throwback photo of the two of them. Both are smiling and wearing pink accents.

She wrote, “Three years. It’s hard to believe. ⁣Thank you for always being my greatest ally, teaching me the definition of kindness, and making me feel extremely important and adored for ten years. I will be forever grateful.”

When a fan asked what first attracted her to Hugh, she admitted, “The fact that he’s a legend.” Hugh was a legend in the Playboy community. He was the founder and editor-in-chief of Playboy magazine and owned the infamous Playboy Mansion, which held extravagant parties.

Hugh had four children. His son Cooper also paid tribute to his father on the anniversary of his death. He shared a photo of the two of them at the Playboy Mansion and wrote, “We lost our father three years ago today. This will be an afternoon accompanied by Jack and Pepsi to celebrate him and our continued love. We miss and love you, Dad.”

RIP Hugh… we can’t believe it has already been three years.

Click for next Article
Previous article: Shannen Doherty Gives Update On Her Breast Cancer During A Pandemic
Next Post: 9/11 First Responder Dies Of Coronavirus Just 12 Days Before His Brother