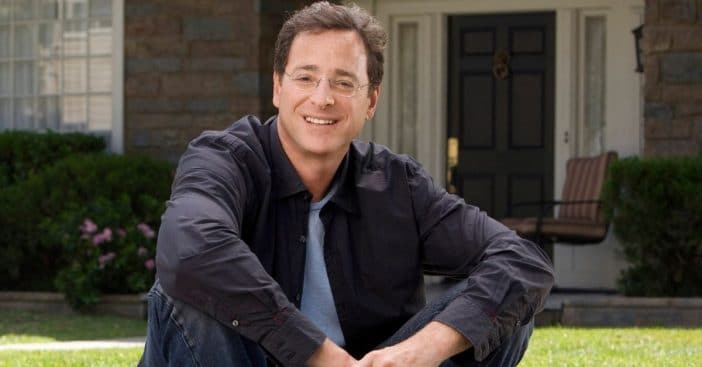 The new series How I Met Your Father, inspired by How I Met Your Mother, paid tribute to the late Bob Saget in its pilot episode. Bob Saget was the narrator and voice of the main character Ted Mosby when he was older on How I Met Your Mother from 2005 until 2014. While he never appeared on-screen, his voice was heard in every episode, telling the tale of how Ted met the mother of his children.

The new series premiered on Hulu this week after Bob was found dead at age 65. At the end of the first episode, it read, “In Loving Memory of Bob Saget.” The executive producers for the show released a statement on how much Bob meant to them as the narrator of the show and a friend.

They said, “The wit, the wisdom, and, above all, the kindness fans heard in Bob Saget’s voice (as Ted Mosby in the year 2030) was no act. It’s who Bob really was. And it’s how all of us in the ‘How I Met Your Mother’ family will always remember him. R.I.P. to a truly legendary human. You’ll be so missed, Bob, because you were so loved.”

Josh Radnor, who played Ted Mosby on the show, also paid tribute to Bob after news broke of his passing. Part of his message read, “We had a very special bond from Day 1, were never out of touch for long. We found a way to grab dinner once a year, even after HIMYM wrapped. We went to see each other in our Broadway plays. We talked a lot about how to live a meaningful life amidst all the chaos. Bob loved his daughters so much. He loved making people laugh. He never missed a birthday text. He raised millions of dollars for scleroderma research. He proved you could be funny and successful and kind.”

I’m endlessly grateful that HIMYM brought Bob Saget into my life. I’ll hear his voice in my head for the rest of my days. /end pic.twitter.com/ZmRyYiuaul

He added, “There are people who leave the earth and you’re haunted by all the things you didn’t tell them, all the love that was unexpressed. Luckily that wasn’t the case with Bob. We adored each other and we told each other.” Read the entire series of tweets here.

Click for next Article
Previous article: Andrea Bocelli Pays Tribute To Elvis By Putting His Own Spin On Two Elvis Songs
Next Post: Current ‘Jeopardy!’ Champ Amy Schneider Would Love To Host The Game Show