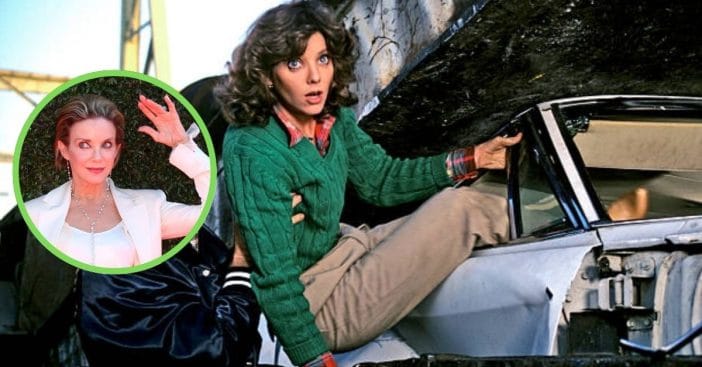 The stakes were high – in a safe manner – on The Fall Guy, which boasted a plot that blended staged action with thrilling stunts. It was a literal springboard for many stars, including Judith Chapman, who played Kay Faulkner for four episodes. But what did she do after the series?

Born as Judith Shepard on November 15, 1951, Chapman grew up as the daughter of a retired brigadier general and the younger sister of actress Patty Shepard. Drama defined the early years of Chapman’s career, which began with Sette donne per i MacGregor, a Spaghetti Western, when she was just 16. She was also a contender for Dallas.

The world turns for the fall guy

Judith Chapman continued down a similar path as those early exposures into the industry, joining soap operas and sweeping Western dramas one after another. Some of her credits include As the World Turns, where she got to play the nefarious Natalie Bannon, and that was just the start.

Kojak followed soon after, before Chapman had an out-of-this-world experience in Buck Rogers in the 25th Century. After Magnum, P.I. and the highly beloved The Love Boat, Chapman helped show audiences how stunts unfolded with The Fall Guy. Ironically, considering the series she had just left, Chapman was in an episode called “Death Boat.” Other episodes include “The Rich Get Richer,” “Goin’ For It,” “Three For the Road,” and “Reluctant Traveling Companion.” Like many of her other characters, Chapman’s Kay Faulkner inspired some suspicion from those around her. But she was still not done with the intrigue.

Where is Judith Chapman now?

Chapman is still active in the industry today at 70 and has returned to her roots. After just four months on Ryan’s Hope, Chapman earned major critical praise. Having more than proved herself capable of being a modern femme fatale, Chapman landed the role of Mike Webber’s biological mother Ginny Blake on General Hospital. She added Days of Our Lives to her resume before joining The Young and the Restless in a contract position from 2005 to 2011, though she still enjoyed a recurring role.

By 2020, she returned to the series in earnest as Gloria Abbott Bardwell. By the sounds of things, she’s relishing the role as well as her return. She is likely to be a mainstay for some time because, as Chapman notes of her character, “Gloria always has a plan B. And a C. And a D.”

As for the return itself, when reuniting with her cast mates, Chapman called it, “Instant charisma. Instant communication. And that’s something that’s been going on for 15 years now. And it’s pretty wonderful.”

Click for next Article
Previous article: After ‘Quantum Leap,’ Deborah Pratt Became A Grandmother And An Author
Next Post: Greatest Toys From The ’70s No Kids Would Appreciate Today And Why