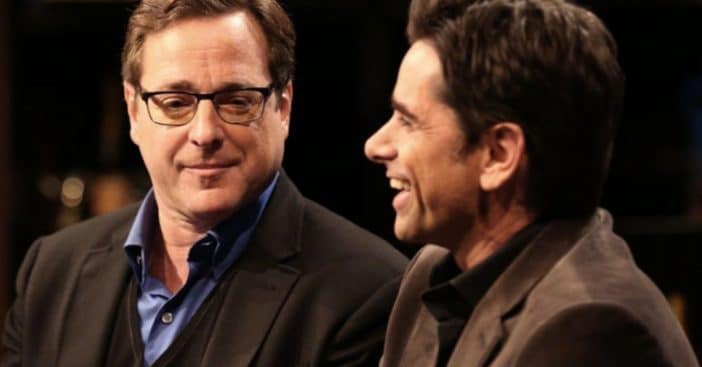 John Stamos isn’t ready to let go. John admitted that he was still in disbelief that his friend and former co-star Bob Saget has passed away at the age of 65. On Tuesday, just days after Bob died, John shared a throwback photo and wrote an emotional post.

He wrote, “I’m not ready to accept that he’s gone – I’m not going to say goodbye yet. I’m going to imagine him out there, still on the road, doing what he loves with all his heart and humor. He’s standing on stage, killing! Another two-hour set in front of a couple hundred of the luckiest people on the planet. They’re laughing so hard, they weep. On his way to the hotel, he calls his beautiful, loving wife, Kelly. He says he feels 26 again, alive!”

He continued, “Then asks her to fix up a picture he wants to post. She tells him it doesn’t need fixing, and tells him how handsome he is. He tells her he loves her with every bit of his heart. And when he gets to the hotel to put his head on the pillow, he misses his daughters, his family, his friends. God, he loves us all so much. And he goes to sleep dreaming of when we’ll all meet again – and he’s smiling. I know in my heart he’s smiling, still hearing the laughter from a few hours before. I’m just not ready to say goodbye yet. Maybe tomorrow. Maybe.”

John and Bob worked together on Full House and later the spin-off series Fuller House. The cast of Full House shared a joint statement when news broke of his death. Many of them also shared their own statements, all in complete shock that Bob passed away suddenly.

As of now, Bob’s family asks for privacy at this time. An autopsy has been completed but results may not be ready for weeks. Sending our condolences to John, the Full House cast, and Bob’s friends and family.