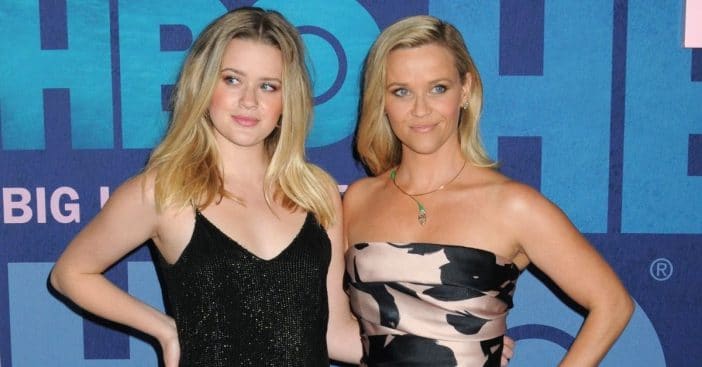 Reese Witherspoon’s daughter, Ava Phillippe, just opened up about gender and gender labels. She was actually responding to a comment she received online, asking if she likes boys or girls. She responded, “I’m attracted to… people! (Gender is whatever).”

Ava is the eldest of two kids shared by Reese and Ryan Phillippe, the younger of the two being their son Deacon. Reese also shares son, Tennessee, with her husband Jim Toth. Currently, Ava is attending UC Berkeley and has previously shared her relationship with Owen Mahoney, someone she met in college. We last saw the two together in the summer, so it’s not clear if they’re still together.

Ava Phillippe on gender—”it’s whatever”

Reese actually admitted in an interview last year that she “didn’t know what homosexuality was” until she moved to LA because she simply wasn’t taught about it growing up. “No one spoke to me about sexuality when I was a teenager,” she tells Regina King as part of Variety’s Actors on Actors series. “I didn’t understand what homosexuality was. My grandparents didn’t explain it, my parents didn’t explain it. I had to learn from somebody I met on an audition in Los Angeles.”

Funny enough, one of Reese’s characters, Elena in the show Little Fires Everywhere, had to discuss homosexuality on the show and actually incorporated parts of that previous conversation into the script.

Reese also once opened up about her children growing up in the spotlight and how that’s affecting them—and Ava is apparently having a very different experience compared to Reese. “It’s an odd situation because I didn’t grow up famous. So [Ava is] living an experience that I did not have, and so are my sons. We are lucky enough to have friends who grew up in Hollywood and can help give them advice on how to navigate.”

“Ava is so down-to-earth. She wants to do great things in the world. She’s studying and learning and trying to find herself. It’s a big thing in life to try different things and figure out what is really your path.”

Click for next Article
Previous article: 56-Year-Old Paulina Porizkova Shuts Down ‘All The Men’ Telling Her To ‘Be Invisible’
Next Post: An Inside Look At Natasha Richardson And Liam Neeson’s Fairytale Marriage