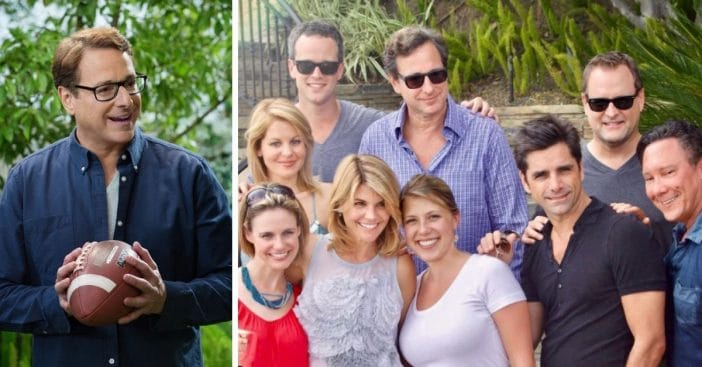 The original cast of Full House has issued a joint statement following the sudden death of ‘Danny Tanner,’ Bob Saget. Saget died on January 9th, 2022 at the age of 65. The statement comes from all Full House members, including John Stamos, Dave Coulier, Candace Cameron-Bure, Jodie Sweetin, Lori Loughin, Andrea Barber, and even Ashley and Mary-Kate Olsen.

“Thirty-five years ago, we came together as a TV family, but we became a real family. And now we grieve as a family. Bob made us laugh until we cried. Now our tears flow in sadness, but also with gratitude for all the beautiful memories of our sweet, kind, hilarious, cherished Bob,” their statement reads.

“He was a brother to us guys, a father to us girls and a friend to all of us. Bob, we love you dearly. We ask in Bob’s honor, hug the people you love. No one gave better hugs than Bob.” The post is signed by all of them and looks to have been posted on everyone’s respective social media pages as well.

Saget was found dead in his hotel room at the Ritz-Carlton in Florida just hours after he posted about his comedy tour that he had just started on. “The man was identified as Robert Saget & pronounced deceased on scene. Detectives found no signs of foul play or drug use in this case,” the sheriff’s original statement read. Sagets’ body has since been sent to the medical coroner’s office to have an autopsy performed, which could take several weeks before we have an answer as to why Saget died so suddenly.

Tributes and memorial posts have been pouring in from everyone who knew Bob, and it seems like he knew most of Hollywood. They all described him as the kindest man who gave the best hugs and was beloved by many in the community.