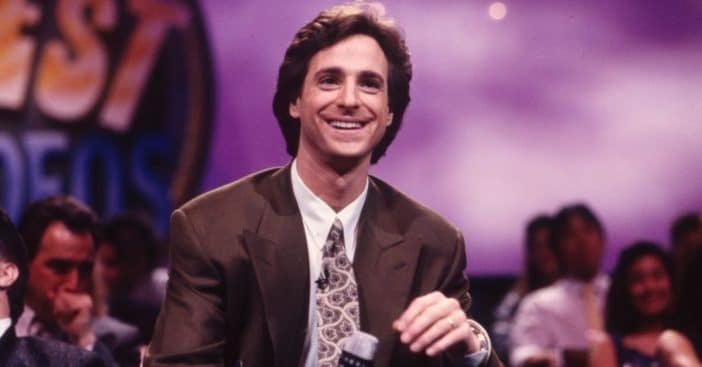 The world was shaken up by the news of the death of comedian and Full House star Bob Saget, and Hollywood stars are reacting to the sudden death. Saget may have been best known for playing the role of widowed father Danny Tanner on Full House, containing his role into the Netflix reboot of the show, Fuller House. He was also the host of America’s Funniest Home Videos.

Some of the Hollywood stars who paid tribute include his Full House co-stars, many of whom he was still friends with in the present day. We remember the funny man, Bob Saget.

Stars react to the death of Bob Saget

Oh god. Bob Saget!!! The loveliest man. I was his TV daughter for one season and he was always so kind and protective. So so sorry for his family.

I am broken. I am gutted. I am in complete and utter shock. I will never ever have another friend like him. I love you so much Bobby.

Bob Saget was as lovely a human as he was funny. And to my mind, he was hilarious. We were close friends and I could not have loved him more. pic.twitter.com/TM8r1hzCfO

BOB … it was great to know you … Oh are you going to make God blush https://t.co/73YihoSRSr

Still in shock. I just spoke with Bob a few days ago. We stayed on the phone as usual making each other laugh. RIP to friend, comedian & fellow Aristocrat Bob Saget. pic.twitter.com/TDKT8JoULq

I’m so shocked at @bobsaget’s passing. One of the most kind & thoughtful people I’ve ever come across & he just happened to be one of the funniest on the planet. I will miss you so much Bob. Love you dear friend. I’m so sorry @kellyrizzo. And so sorry to the rest of the family.

There goes a large piece of so many people’s childhoods. Bob Saget was the sweet dad, the vulgar comic, and wrapped it all up into one unique package. What a loss. pic.twitter.com/GDuqZ3ra4O

I don’t know what to say 💔. I have no words. Bob was one of the best humans beings I’ve ever known in my life. I loved him so much.

Additionally, though Mary Kate and Ashley Olsen refrain from using social media, they shared a statement obtained by People in which the twins, who both played Michelle Tanner on Full House, honor their TV dad. “Bob was the most loving, compassionate and generous man,” Mary Kate and Ashley stated. “We are deeply saddened that he is no longer with us but know that he will continue to be by our side to guide us as gracefully as he always has. We are thinking of his daughters, wife and family and are sending our condolences.”