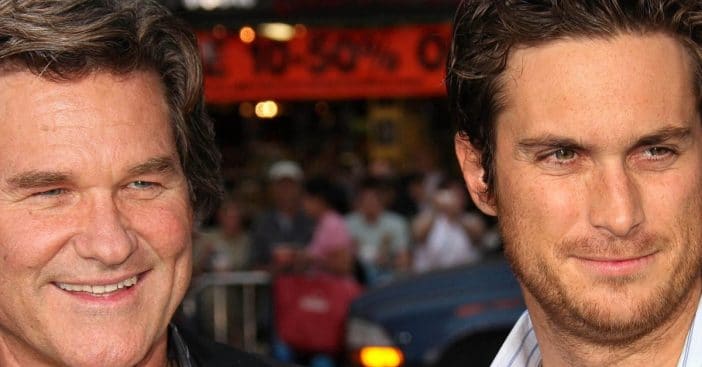 Oliver Hudson is opening up about the time he got arrested when he was 16 years old. Now, he’s 45 and recalls the story of how police officers had to call his stepdad, actor Kurt Russell. He said, at first, they didn’t believe that his dad was Kurt Russell!

Oliver shared, “I did get arrested when I was 16 years old. It was a crazy story ’cause they had to call the parents, and they said, ‘What’s your dad’s name?’ and I said, ‘Oh my God. Kurt Russell.’ They’re like, ‘No, kid, what’s your dad’s name?’ And I said, ‘It’s Kurt Russell.’ They started fighting over who was gonna make the phone call. It was crazy.”

He added that Kurt was understanding but of course, he was upset that Oliver got arrested for something so stupid! Oliver added, “Look, we were stupid. We had paintball guns. We were doing dumb things, as kids do. He understood what it was like for him when he was the age; he did stupid stuff as well. But he was not a happy dad, let’s just say that.”

Oliver said that his punishment from Kurt was that he had to shoot his own car with a paintball gun. The punishment fits the crime, so they say! He shared, “My punishment was to shoot up my Honda Prelude with blue leather interior. I had to shoot up my car, dent it up, and drive that for the rest of my existence. His philosophy is, I know what I did was wrong, right? So why ground me? So at point-blank range you’re going to destroy your car and you’re going to have to drive it for the rest of however long you own this car.”

Even though Oliver and his sister Kate Hudson are Kurt’s stepkids, it sounds like they have a really good relationship!