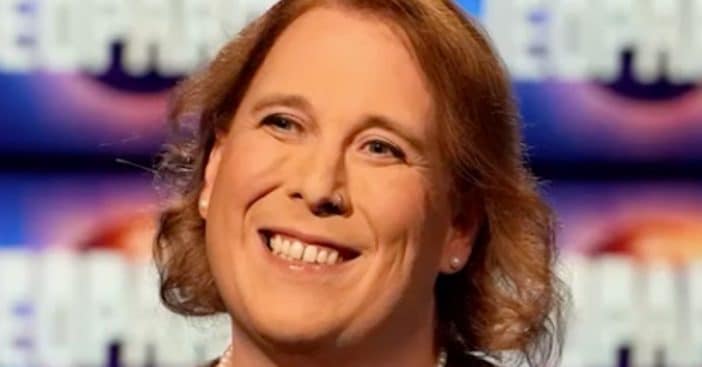 The newest champ of Jeopardy!, Amy Schneider, has revealed she’s been robbed but she’s doing okay despite the scary incident. “Hi all! So, first off: I’m fine,” the 42-year-old tweeted out. “But I got robbed yesterday, lost my ID, credit cards, and phone. I then couldn’t really sleep last night, and have been dragging myself around all day trying to replace everything.”

She said in a second tweet that she will be unable to “start writing tonight’s game thread” due to the robbery. “And if I keep winning, it may take a bit for me to get caught up… Thanks for your patience!”

Amy Schneider of ‘Jeopardy!’ mentally recovering after being robbed of personal belongings

So, I doubt I’ll even start writing tonight’s game thread today, and if I keep winning, it may take a bit for me to get caught up. Thanks for your patience!

Schneider recently gained recognition for her record-breaking run on Jeopardy!, becoming the first transgender person to reach the show’s Tournament of Champions.

“Once I got to episodes three and four, I knew the fifth one was in sight,” she said to ABC7. “Once I got it, it was a great feeling, mostly because I was having fun and I didn’t want to stop. By qualifying for the fifth one, I knew I would come back.”

Schneider also wants to be a voice and advocate for other transgender girls and women. “I am from Ohio where the only trans people I thought of were drag queens or prostitutes,” she says. “Seeing other trans women in a good spotlight inspired me to not be afraid of trying to compete in the thing I have always loved.”

Schneider is now known as the show’s highest-earning female contender for which she’s garnered some hate because she’s transgender. A lot of people have said that she doesn’t deserve the title because she wasn’t born female. Despite this, Schneider is proud of her success. “I’m not going to pretend I didn’t think I could do good, but this has just been so much better than I thought I would do that it’s really hard to say what it means yet,” she said back in November 2021. “It’s just so surprising.”

RELATED: ‘Jeopardy!’ Invites Steve Martin ‘In Any Capacity’ After His Doppelgänger Wins Big