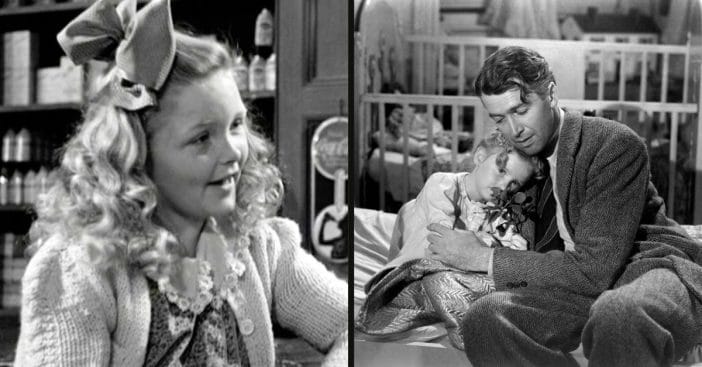 Jeanine Ann Roose was known for playing the role of Little Violet Bick in 1946’s It’s a Wonderful Life, and she’s being mourned by co-star Karolyn Grimes after she’s passed away. “She was a delightful woman,” says Grimes, who played the role of Zuzu Bailey, George Bailey’s daughter.

“She was very intelligent. She grew up and only did one movie, ‘It’s a Wonderful Life.’ She went on to do radio and was on ‘The Phil Harris-Alice Faye Show’ for years.”

Grimes continues, “She then eventually decided that it wasn’t really the way she wanted to live her life… So, she got an education and became a psychologist… She wanted to help humanity. She wanted to help people feel good about themselves… She really was a lovely lady.”

RELATED: The Little Girl From ‘It’s A Wonderful Life’ Never Saw The Film Until She Was 40 Years Old

Roose worked as a child actress in the ’40s and ’50s, landing her first acting gig on The Jack Benny Program at just 8 years old. She also appeared on The Fitch Bandwagon, but her role as Little Violet Bick was her only film credit. However, she didn’t continue acting into her young adult life when she enrolled in UCLA and later became a Jungian psychoanalyst.

Grimes recalled that while Roose was very focused and busy with her career, the two reconnected at a Missouri convention years later. Roose had also served as a board member for Zuzu’s House. This is an organization that started in 2018 and aims to help homeless and vulnerable teens in Marshfield, Missouri.

Roose once opened up on filming It’s a Wonderful Life and her decision to leave Hollywood. “’It’s A Wonderful Life’ was the only movie that I was in, and it has been an amazing lifetime experience to have been in such a collectively meaningful picture,” she said, according to Deadline. “[However], it became clear that my desire was specifically to help others who were struggling with finding meaning in their life — not unlike Clarence in the movie who helps George see the meaning of his life.”