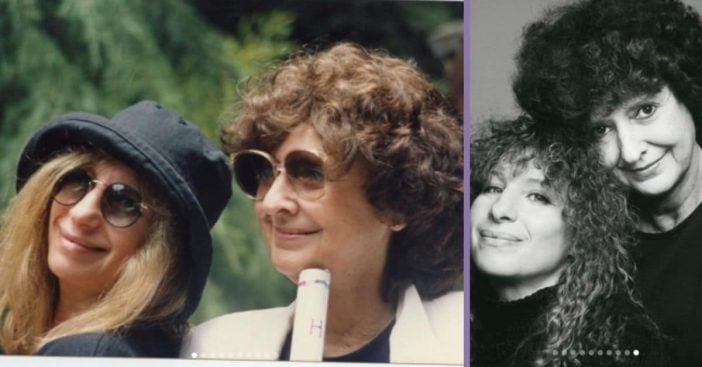 Barbra Streisand is currently dealing with the loss of her close friend, Cis Corman. The casting director died in her home In NYC at the age of 93. Corman has left quite the legacy to live on in Hollywood after contributing to films like Raging Bull and The Deer Hunter. And, of course, she left her mark by forming a strong bond with Streisand, too.

Streisand honored her close friend on social media. She shares a slideshow of photos of herself and Corman, who she calls her “best friend and surrogate mother.”

“I first met Cis Corman in acting class when I was 16! She was 32 and had four children. She remained my best friend and surrogate mother since then,” Streisand says in her post. “I treasured our lifelong friendship, her intelligence, her taste, and her integrity. I loved Cis dearly and will miss her forever. She was also Auntie Cis to my son Jason.”

“We shared the conviction that a film has to serve some key social purpose,” Streisand continues. “…and the issues addressed in our television projects included the significant and disregarded history of women in film, the importance of gun control legislation … gay adoption and one about non-Jewish rescuers who saved Jews during the Holocaust.”

Recalling a memorable story with Corman

Back in 2011, Streisand shared with The Telegraph a memorable story about Corman finding out Streisand was pregnant. It was during the West End premiere of Funny Girl in 1966. “It was the opening night of Funny Girl in London and I was upset because I felt like there was a strange atmosphere,” Streisand recalls. “Princess Margaret was there and I felt that people were watching her watching me, and that upset me. I came offstage and my friend Cis Corman whispered, ‘You’re pregnant.'”

She continues, “I’d been so involved in the show that I’d forgotten I’d given her a urine sample for a test. So there I was, standing there shaking people’s hands on the opening night … and I felt like all the praise and congratulations were because I was pregnant. The exuberance I felt that night with this wonderful secret; I’ll never forget that.” Rest in peace to Cis Corman, a Hollywood directing legend and a dear friend to many.