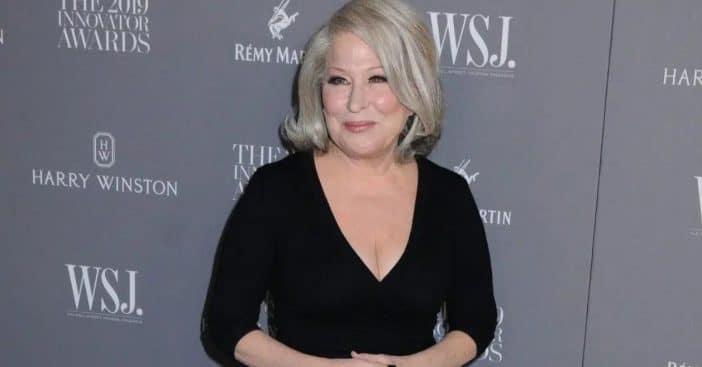 Social media provides a relatively even platform for anyone to share their thoughts about anything. While some posts might dissolve in the vast digital sea into obscurity, some – especially from celebrities – can get everyone’s heads turning. Bette Midler has famously caused a few stirs on Twitter, and as a result, has some tweets that became especially famous.

The general theme of her top five most famous tweets from 2021 alone is that they stirred a lot of discussion in the replies. Discussions like that come from some impactful statements at just the right time. So, where did it all begin?

In February, Midler caused a stir on Twitter again. This time, the original post was not her own, but one she shared and replied to. A February 16 post called Senators Ted Cruz and John Cornyn “the most inept Senators in the country at this point.” The user said this after claiming the senators were asking for disaster relief following a snow storm but had a history of voting against giving relief for Hurricane Sandy.

Near midnight, Midler responded to the tweet and took it further still. She said inept was not the right word, but rather “vicious,” “hateful,” or “cruel” would work and suggested the weather might have been caused by God as divine punishment for their actions. While she wrote “I feel for the people suffering thru this weather,” one reply reads, “What a hateful statement to make when so many people are suffering!!!”

Then, on February 22, Midler incorporated artwork into her Twitter post. Back in 2020, Rush Limbaugh was awarded the Medal of Freedom, a move which came roughly a year before his death on February 17, 2021 at the age of 70.

It was shortly after his death that Midler shared a cartoon of hooded KKK members with the words “Find Rush Limbaugh” written at the top. One klan member in the front is wearing a Medal of Freedom around his neck. Midler did not write any text of her own for the tweet. One user replied, “To do this after he has passed is extremely low even for you Bette.”

#Hasbro announced they are removing "Mr." from Mr. Potato Head's label, but that Mr. & Mrs. Potato Head will still exist. I can't believe people are worried about THAT, when what they SHOULD be worried about is how you store a bunch of dismembered body parts in the potato's ass!

2021 saw the continuation of new social movements in the United States after a previous summer of activism and an ongoing pandemic that made all types of work and communication more digital than ever, thus increasing time on the Internet tenfold. One topic that was enthusiastically discussed was Hasbro’s decision to rebrand Mr. and Mrs. Potato Head as just the Potato Head so as to “better reflect the full line.”

The announcement sparked a lot of chatter, with opponents wondering why well-known classics had to be changed, and those neutral to the move noting that nothing really changed. As everyone debated, Midler herself took to Twitter to joke about the division it inspired. She felt what everyone “SHOULD be worried about is how you store a bunch of dismembered body parts” in the back of the toy.

Bette Midler offers a call to arms on Twitter

I suggest that all women refuse to have sex with men until they are guaranteed the right to choose by Congress.

Jump ahead into September, and the nation is gripped wondering the fate of the precedence set by Roe v. Wade with Senate Bill 8, a Texas law that would ban most abortions. Most of the legal proceedings took place in May and it entered the spotlight in recent months before taking effect in December.

Even before this latest development, Midler took to Twitter to advise “that all women refuse to have sex with men until they are guaranteed the right to choose by Congress.” Replies to this tweet have generally carried some note of agreement. One comment does counter that the user would still like the ability to be intimate without worrying she would not have access to an abortion. Another reply suggests unmarried women exclusively should follow Midler’s advice.

Most recently, Midler made Senator Joe Manchin the focus of her latest Twitter posts – but he was not the only one she ended up referring to. Denouncing Manchin for his refusal to support the Build Back Better Act, Midler suggested Manchin “wants us all to be just like his state, West Virginia. Poor, illiterate and strung out.”

Replies countered this generalization of West Virginia and its people. Some simply redirected, correcting an inaccurate portrayal of the state and residents, while others advised Midler to not make such sweeping, hurtful statements. Her subsequent apology sparked equally mixed responses.

Click for next Article
Previous article: ‘Playboy’ Model Marilyn Cole Says Posing For Magazine ‘Allowed Me To Be Free’
Next Post: Jeannine Riley From ‘Petticoat Junction’ Is Now 81 And Wrote A Manual For Success At Any Age