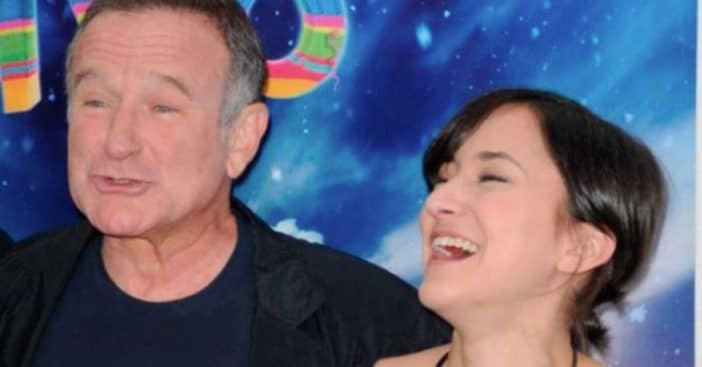 Zelda Williams, the daughter of the late Robin Williams, had a witty and humorous response to her dad trending on Twitter. It seems that she, too, got the funny bone passed down from her father. Williams pops up in everyone’s minds time and time again since his tragic death back in August 2014. With this being said, he often starts trending on platforms like Twitter for various reasons.

In this case, Zelda had a funny response to her dad trending on Twitter once again. “See’s Dad randomly trending again. Confirms he hasn’t come back as the first zombie. Goes back to daily life,” she writes in a tweet, accompanied by a gif of Denzel Washington giving a sigh of relief.

Zelda’s witty response to her dad trending on Twitter

See’s Dad randomly trending again. Confirms he hasn’t come back as the first zombie. Goes back to daily life. pic.twitter.com/ESgLbjGLub

As a result, Zelda received a lot of love and positive reactions from fans after the tweet. One person even said, “I mean, if the zombie apocalypse was starting, I feel like it starting with “GOOOOOOOOOOOOOOOOOD MORNING BRAINNNNNNS” or “My first day as a zombie and I’m getting hunger for brains flashes” isn’t exactly under my worst case scenario booklet.”

Another fan had a rather touching response, saying, “I’m sad he’s gone, but if one person were going to come back, even as zombie, I hope it’s him. He’d still be funny and hopefully kind. And if he needed to feed, I’d step up for that.”

Zelda is no stranger to sharing things about her dad on social media. She most recently shared on social media her reaction to using a Disney filter, which was basically finding out “Which Disney Character Are You?” Needless to say, she got Genie from Aladdin, whom her father voiced, and we can’t imagine how touching that was for her!

Keep on being awesome, Zelda! She definitely has her father’s spirit within her.