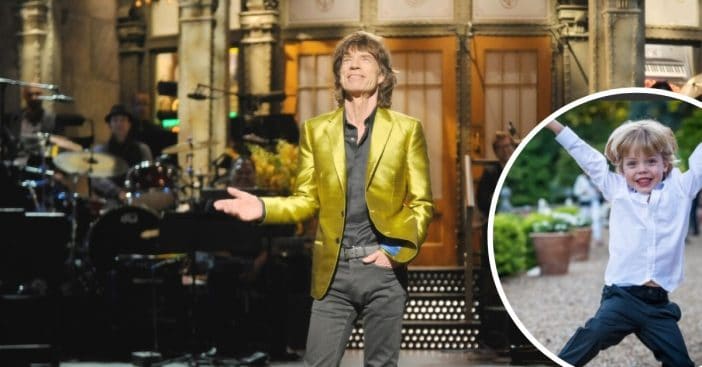 As of now, this could be it for Mick’s children. Melanie previously said she wouldn’t like to have another baby. She said, “He’s perfect and beautiful, but I don’t think I’d do it again.” However, she did say that she was happy that Mick has such a big family because there are lots of family members for Deveraux to hang out with! Mick’s other children are Karis, 51, Jade, 50, Lizzy, 37, James, 36, Georgia, 29, and Gabriel, 23, and Lucas, 22.

Melanie is a choreographer and ballerina and they have been together for seven years. She recently shared another rare photo of herself, Mick, and Deveraux to celebrate her birthday. They look like a happy little family! Mick was previously married to Bianca Pérez-Mora Macias in the ’70s and was involved with Jerry Hall, Luciana Gimenez, and L’Wren Scott over the years.

Happy birthday to Deveraux! He is so adorable and looks more like his father every day.