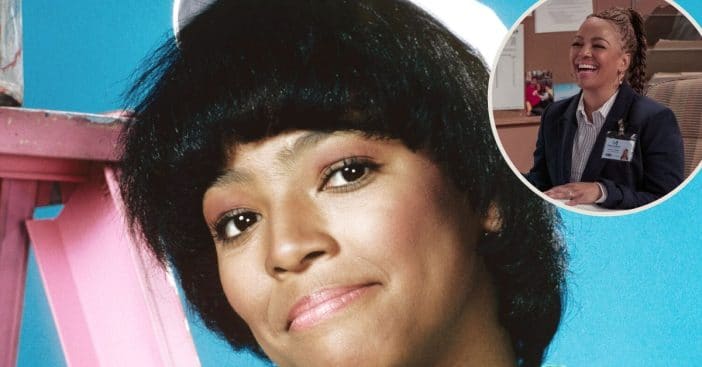 Kim Fields is a multi-talented actress, singer, and director. Best known for her role as Dorothy “Tootie” Ramsey on The Facts of Life, she is still very much active in Hollywood at age 52. She started acting as a child and got her big break as Tootie when she was just 10 years old. Her mother is actress and director Chip Fields-Hurd and her sister is actress Alexis Fields, so acting really does run in the family!

Fans of The Facts of Life probably remember her catchphrase “We’re in troouu-ble!” But trouble did not follow her after the show as she was cast in several popular shows after Facts of Life ended including Kenan & Kel, Moesha, Sister, Sister, and Living Single. After Living Single ended, Kim decided to follow another dream and began performing in an R&B group called Impromp. She also received a degree from Pepperdine University and began directing.

Whatever happened to Kim Fields from ‘The Facts of Life?’

In the 2000s, she began to appear on reality television and worked with her current husband Christoper Morgan on Christmas specials. She was previously married to Johnathon Franklin Freeman from 1995 to 2001. Kim and Christopher have two children together.

In 2015, she appeared on the main cast of The Real Housewives of Atlanta. In 2016, she quit the show, opting to compete on Dancing with the Stars. In more recent years, Kim has appeared in several Christmas TV movies and currently stars on the Netflix show The Upshaws. According to IMDb, the show “centers on a working-class African American family in Indiana struggling to make it work and make it right without any blueprints.”

Who was your favorite star on The Facts of Life?