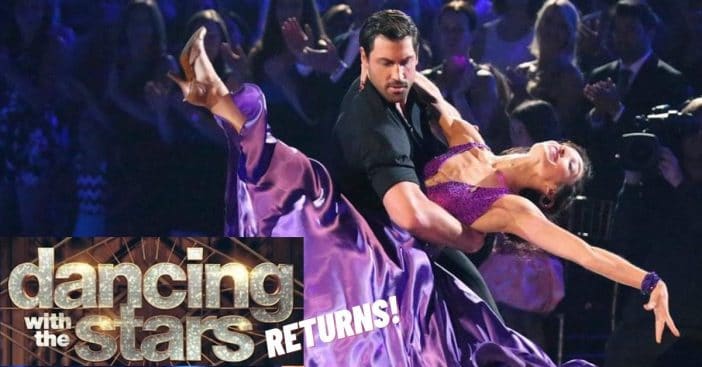 Dancing with the Stars is returning to your television soon! The 29th season will premiere on September 14, 2020, at 8 p.m. ET on ABC. There are some big changes coming this season. Longtime host Tom Bergeron and co-host Erin Andrews are being replaced by model and actress Tyra Banks.

‘DWTS’ will premiere on September 14th for its 29th season

So far, only one celebrity has been revealed. The Bachelorette‘s Kaitlyn Bristowe will compete on the show. The rest of the celebrities will be revealed later, but there are some rumors. Variety previously reported that ABC wanted to get Charlie Sheen for the show. They would also be open to Christie Brinkley giving it another try.

RELATED: Christie Brinkley Replaced On ‘DWTS’ After Breaking Her Arm

Christie was supposed to compete last season but got injured while practicing. Her daughter Sailor Brinkley-Cook took over for her. What celebrities would you love to see on Dancing with the Stars? ABC will likely reveal the celebrities soon and the matchups will be revealed in the season premiere.

In conclusion, learn more about the pros below: