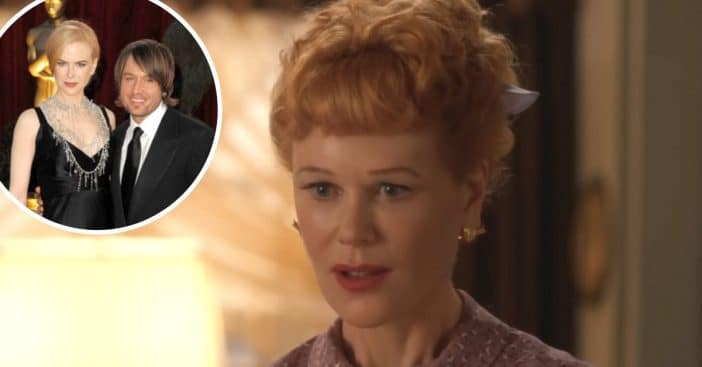 Nicole Kidman plays the iconic Lucille Ball in the new film Being the Ricardos. Lucille has a very well-known voice so it was definitely a process for Nicole to replicate it. In the beginning, she would practice for her husband, country music singer Keith Urban. He found her first attempts to be “scary!”

Nicole admitted, “Vocally, I started with the Lucy voice, and it was so far out of reach that it was terrifying. I was, like, ‘Oh my gosh.’ And I’d do it for my husband, who has a great ear, cause he’s a musician, and he’d be, like, ‘Hmmmm.’ Kinda scary.’”

It was a tough road for Nicole to film the movie. After having issues with the vocals, she was also receiving a lot of backlash about the casting choice online. While director Aaron Sorkin and even Lucille’s daughter Lucie Arnaz backed her as the Lucille in the movie, she still considered giving up the role to someone else.

She revealed, “I went, ‘What have I said yes to?’ — to which I then went, ‘Oh no, I’m not right. Everyone thinks I’m not right so I’m going to try to sidestep this.’ And the producer Todd Black and Aaron Sorkin were both like, ‘Absolutely not.’ I was in Australia and they were like, ‘No.’ And thank god, because then I was so grateful because I got to fall in love with her.”

She questioned if a comedian would be better or someone who looked more like Lucille. Ultimately, she was cast and made the film. However, the movie follows more of Lucille’s personal life instead of her comedic chops on I Love Lucy. Fans can find out how she really portrays Lucille on Dec. 10 when the film comes out. For now, watch the trailer below for your first glimpse at Nicole as Lucille: