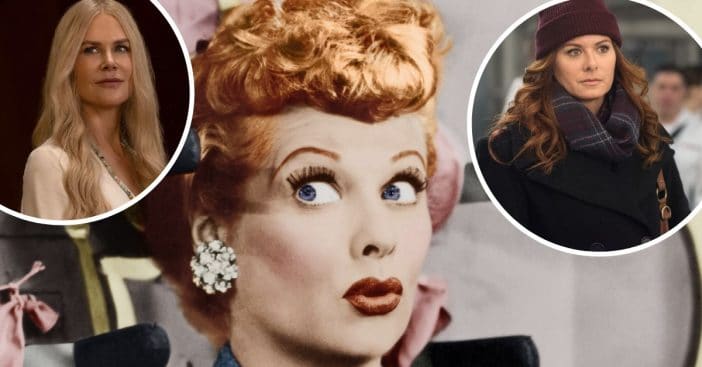 The first trailer for the film Being the Ricardos is here. While many people are excited about Nicole Kidman playing the iconic Lucille Ball in the film, others are not convinced with the casting choice. Some even think that actress Debra Messing should have been cast instead.

Debra portrayed Lucille during an episode of Will & Grace in 2020. Fans couldn’t get over how much she looked like Lucy and played the role well. Now, fans are tweeting their thoughts after discovering Nicole was cast as Lucille in the new film.

Some fans wish Debra Messing was cast as Lucille Ball

One person wrote, “Nicole Kidman as Lucille Ball makes ZERO SENSE in a world where Debra Messing exists.” While another said, “debra messing has the uncanny resemblance and comedic chops but they really cast nicole kidman because she’s more of a name. lucille deserves better honestly.”

The director Aaron Sorkin and even Lucille’s daughter Lucie Arnaz have defended the casting of Nicole. Aaron said that he was not looking for someone to look exactly like Lucille but to play the characters in the script well. The movie is focused on a week in the life of Lucille and her then-husband Desi Arnaz. It focuses more on their marriage troubles than the comedic nature of I Love Lucy.

What do you think of the casting choices of Being the Ricardos? The film comes out on Dec. 10. Watch the trailer below:

Click for next Article
Previous article: Go On A ‘Love Boat’ Themed Cruise Next Year With Original Cast Members
Next Post: Betty Lynn Turned Down New Role On ‘The Andy Griffith Show’