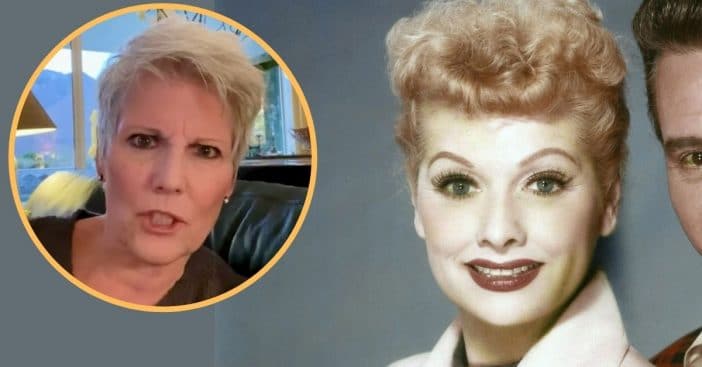 Lucille Ball and Desi Arnaz’s daughter, Lucie Arnaz, is defending Nicole Kidman who will portray her late mother in the new film Being the Ricardos. Earlier this month, reports confirmed that Kidman and Javier Bardem were in talks to portray the couple in the new film.

Since then, an outpouring of criticism began surfacing as fans thought that Lucille lookalike Debra Messing should have the role over Kidman. Messing even spoke out about the controversy, saying she’s available to take on the role.

Lucie Arnaz has something to say to those bashing Nicole Kidman

Thank you so much for all the many messages we’ve received over the past few days regarding the new Lucy & Desi film by Aaron Sorkin, “Being the Ricardos.” Here’s a little note from Lucie Arnaz in response, outlining the film, while reminding and encouraging all to have faith and trust in the creative process.
You won’t be disappointed. 🙏
(Film release TBA)

“There seems to be a lot of discussion about ‘Nicole Kidman, it should be Debra Messing, it should be Carole Cook,’ I don’t know,” Lucie says in her video addressing the controversy. “Here’s the deal, what you should understand: We are not doing a remake of ‘I Love Lucy.’ No one has to impersonate Lucy Ricardo nor do the Vitameatavegamin routine or … any of the silly things.”

RELATED: This Famous Actress Is Now Set To Star In ‘I Love Lucy’ Movie

She adds, “It’s the story of Lucille Ball — my actual mother — not Lucy Ricardo and her husband Desi Arnaz, my dad — not Ricky Ricardo.” Lucie added that the film would have the same beloved humor in it, but that it would largely focus on the pair’s relationship and their love affair.

Lucie continues, “I hope I can set the record straight here and say stop arguing about ‘Who should play it? She doesn’t look like her? The nose isn’t the same, she isn’t as funny. Just trust us. It’s gonna be a nice film. And P.S.: The voting is over.”

Click for next Article
Previous article: Fans Praise John Travolta After He Returns To Social Media With A Touching Message
Next Post: Betty White Celebrates 99th Birthday With Re-Release Of Her ‘Long-Lost’ Talk Show