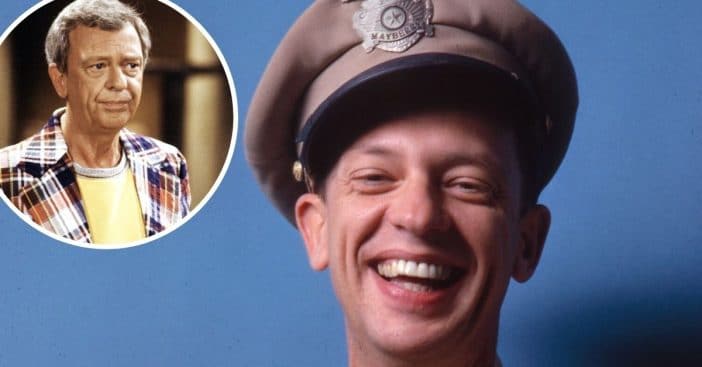 One of Don Knotts’ most iconic roles was as Barney Fife in The Andy Griffith Show. Years later, he got the role of Ralph Furley, the eccentric landlord who was often seen wearing very colorful outfits. The roles were vastly different and many Andy Griffith Show fans didn’t really like his new role in Three’s Company.

Don’s daughter Karen once spoke about why some of these fans were so upset about the character. She said, “They thought it was too far away from the kind of values they grew up with. People always tend to associate him with his characters. And that frustrated me because I thought my dad was so interesting.”

Karen also admitted that he left The Andy Griffith Show because he was working too much and wanted to be with his family more often. Don loved the character Barney but he would work sometimes 12 hours per day and spend his time at home working on his lines.

Karen shared, “We didn’t see him a lot, because he worked 10, 12 hours a day. And when he was home, he was always holed up in his room working on his lines and stuff like that. At that time, we kids were pretty young, and he confided whatever he was feeling about working on the show to my mom.”

Ultimately, he left the show after five years. Turns out another part of why he left was a miscommunication with Andy. Andy had said that he only wanted to do the show for five years. Around that time, Don thought he should look for more work and ended up getting a contract with Universal to do movies. Then, Andy asked him to stay on as Barney but he had already committed.

Too bad the world didn’t get more Barney Fife!