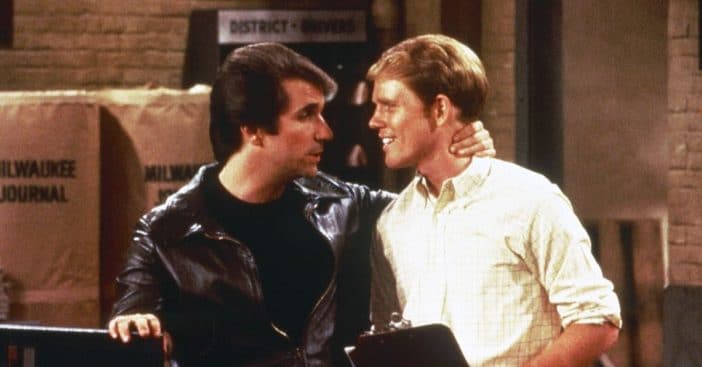 It is no secret to Happy Days fans that there was a bit of a rivalry between Richie and Fonzie. Ron Howard admitted that he became very stressed and even started to lose his hair when the show became more focused on Henry Winkler’s Fonzie. Luckily, it didn’t hurt their friendship but Ron said that it caused issues between him and the executives.

He said in a recent interview that he received a “lot of disrespect” from the studio and execs after Henry’s character Fonzie became more popular than Ron’s character Richie. Richie was meant to be the lead of Happy Days but Fonzie proved to be more interesting.

Ron revealed, “The press kept saying: ‘What’s it like? Do you feel that you’ve become a second-class citizen on your own show?’ and these kinds of things. Which I didn’t feel within the workspace. And I certainly didn’t feel it within our friendship, which endures to this day.”

Even with the supposed rivalry, Ron and Henry remained close. Now Henry is even the godfather to all of Ron’s children. After his experience on Happy Days, Ron decided to work towards being a director. He is now a very famous producer and director. Alls well that ends well!

Ron’s full interview about this subject will air tonight on The Graham Norton Show on BBC American at 11 p.m. ET. Will you be watching the interview?