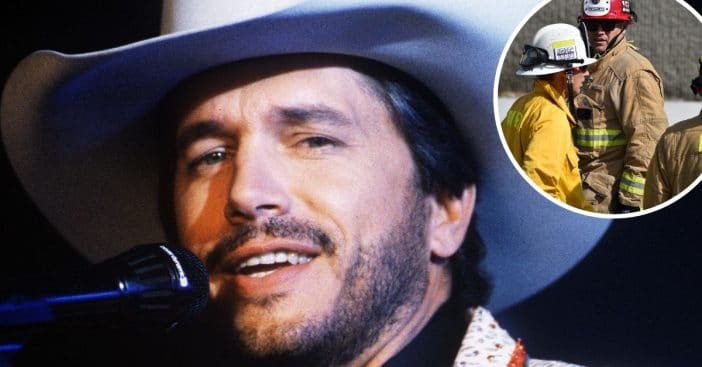 Country music artist George Strait just released a very emotional music video for his song “Weight of the Badge.” The video premiered on National First Responders Day and was dedicated to our first responders including police, firefighters, and their families.

In the video, officers open up about not knowing if they are going to come home after each shift. This can weigh on their family members as well. In between interviews, George’s song plays with the lyrics, “He swore that oath to protect and serve/ Pours his heart and soul into both those words/ Lays his life on the line/ And the line he walks is razor-fine/ Tempered strength is always tough/ But he ain’t gonna buckle under the weight of the badge.”

One of the officers revealed in the video, “You have people that are going out and doing a job to defend their communities, and you know in the back of the mind of every one of those officers, one of them might not be going home. And we have seen — I’ve seen it, thought my career, I have seen it here locally — where a police officer didn’t go home.”

National First Responders Day falls on Oct. 28. It is just a day to remember to honor our first responders and the work they do for their communities. Watch the touching music video below and share your gratitude: