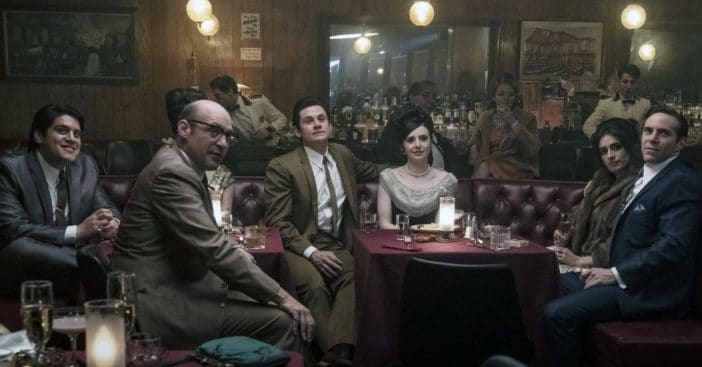 Ann shared, “We’re talking to David about a new series, ‘Sopranos’ related, on HBO Max.” David also revealed that the prequel series would be set right after The Many Saints of Newark. This means the show would be set in the ’60s and ’70s, before The Sopranos series.

A ‘Sopranos’ prequel series could be coming

David also said that he would only do the series if the original writer is on board. He said, “There’s only one way that I would do it, and that was if Terry (Winter) and I could write the script together. That I would do.” David is already working on a series for HBO right now called A Ribbon of Dreams. It is a six-part miniseries focused on the early days of Hollywood.

While The Many Saints of Newark did bring as much money in as the studio hoped, fans of The Sopranos still jumped at the chance to see it and would likely love to watch a prequel series. So, the series is not officially confirmed quite yet but it does seem like a major possibility!

Ann added, “You see ‘The Sopranos’ pop into the top 10 of viewed series on the service and it’s given it an entirely new life. It’s literally lifted all of ‘The Sopranos’ franchise in a new way. You can’t measure just by the box office.”

Click for next Article
Previous article: The Story Of How Vincent Price Got To Speak On Michael Jackson’s “Thriller”
Next Post: ‘The Waltons’ Star Richard Thomas Moves To Billionaires’ Row