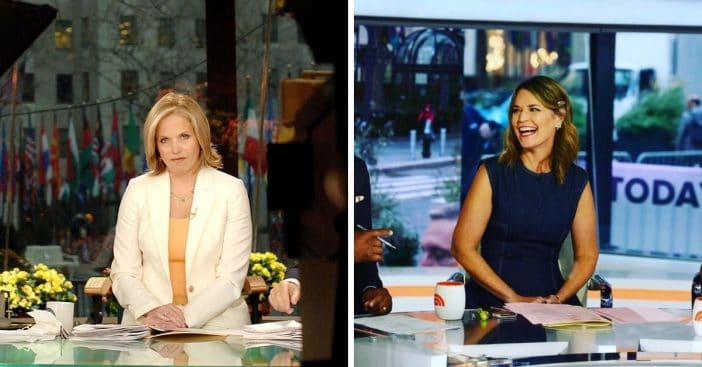 Inside sources allegedly tell Radar Online, “Katie still thinks she’s the boss at the show. She has been working with producers to make sure her book segment next week goes exactly how she wants it to go, however, Savannah isn’t interested in what Katie wants and instead is preparing to ask all the hard questions.”

Savannah Guthrie isn’t going to let up on Katie Couric

The insider continues, “This is Savannah’s chance to slay the dragon. The legend of Katie has been hanging over Savannah since the day she got the job as host of the show. This is her moment, to prove that The Today Show is now 100% hers and not Katies.”

“Savannah considers herself a real journalist and isn’t planning to throw Katie soft-ball questions. Katie has made a lot of outrageous claims in the book, and Savannah is going to push back on all of them.”

Apparently, even NBC’s legal department will be heavily involved in the interview as revelations made in Couric’s new book could have legal consequences. “This is a huge moment for the show to prove that they are no longer the network that tolerates sexual predators and bullies like Matt Lauer and Katie Couric,” a producer allegedly says, adding, “Behavior that was ignored at best, or encouraged in the past, is no longer part of The Today Show DNA. Katie better come prepared to fight because Savannah is going to bring it.”

The hosts of The Today Show apparently wanted nothing to do with Couric after she spoke negatively about the network in her memoir. In her book, Couric also discusses how she tried to sabotage Ashleigh Banfield at NBC and also reveals that she reached out to her former co-host Matt Lauer as he faced sexual harassment allegations.

RELATED: ‘Today’ Show Recently Had Its Smallest Audience In 30 Years