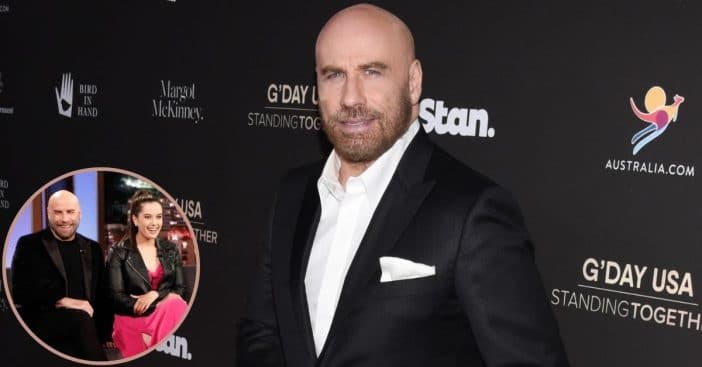 John Travolta recently shared a photo with his daughter, Ella Bleu, and shared a loving message as well. “Happy Father–Daughter Day Ella! I love you more than words can express!” He writes in the caption, showing a photo of the two sitting next to each other on what appears to be a talk show.

The resemblance between the two caused a very positive stir in the comments section. “Your daughter is so beautiful! She looks so much like you!” One fan said. “Omg your mini me! Beautiful!” Another writes.

John Travolta has a lot of love for his daughter Ella, who is following in his footsteps

Ella has been keeping up with her career lately, and will be starring alongside her brother in a new film based on Alice in Wonderland. The movie project is called Get Lost and Ella will be playing the starring role, who is backpacking through Europe in honor of her mother (very fitting as Ella’s mom, Kelly Preston, passed away back in 2020 after a fight with breast cancer). Of course, as any movie plot would have it, she ends up going on quite an interesting journey that fans will have to wait for! Ella’s brother, Ben’s role, is uncredited, however. He’s still a youngin’, so baby steps are in order!

According to the film’s IMDb, it explains the plot further, describing: “While backpacking through Europe with her boyfriend, Alicia/Alice encounters mysterious William/Mad Hatter, an expat from London aristocracy, and goes on a mind-bending overnight adventure in Budapest which magically turns into Wonderland.” The movie will be written and directed by Daniela Amavia.