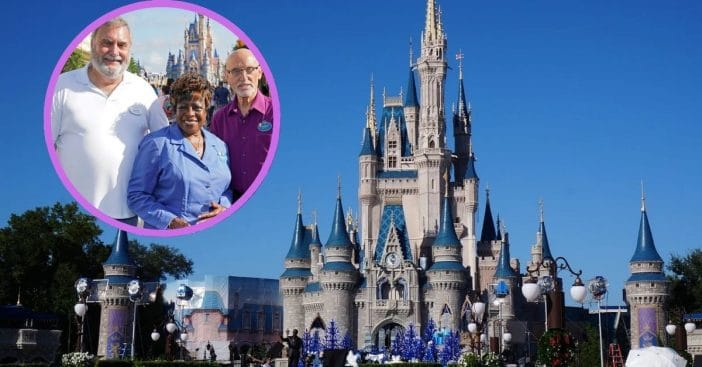 On October 1, 1971, Walt Disney World opened the doors to the Magic Kingdom itself for the very first time. Back then, 6,000 employees manned the Disney World premises in various ways. From then to now, 24 of those staff members remained as constants.

Today, as its 50th anniversary encroaches, Disney boasts 77,000 employees across three theme parks and 24 more hotels. Through all the changes and growth, several of the two dozen staff members who remained to this day feel the same loyalty and passion for the magic kingdom as they did years ago.

These are among only about two dozen of the original 6,000 employees WHO NEVER LEFT!https://t.co/b11ri5ocMv pic.twitter.com/Y8D9pQNHdW

“There are people all over the world who get up to go work,” said Forrest Bahruth, who started working at Disney in January 1971 as a show director. “They’re unhappy about it. They don’t really like their jobs. As you can tell from us, there’s an enthusiasm. We are privileged to be at a place where we love what we do.”

RELATED: Want To Visit Every Disney Park In The World? Here’s What It Might Cost

Earliene Anderson first fell in love with Disney after a trip to California, and enthusiastically dove into the chance to work among such magic. “Disney has been my love, and it still is,” Anderson emphasized. “I love Disney.” Meanwhile, Chuck Milam heard from a Disney executive through a landscaping project that there was an opening. Milam remains there 50 years later.

Building a piece of history that would last half a century

Actually building Magic Kingdom was a difficult endeavor, and signs of construction could be found outside and in many major structures. “It was like an army of ants,” Bahruth recalled. “Everything was under construction. Interiors were still being put in. Roofing was still being put on top. There was painting, landscaping. Things were arriving by the moment. It was like trucks going everywhere.”

Still, the work was done, and Disney World celebrates its 50th anniversary Friday. Disney promises “the world’s most magical celebration.” As one of the special events, Epcot will change into Remy’s Ratatouille Adventure, where visitors take up the role of Ratatouille’s protagonist to visit a Paris restaurant in all its giant flavorful glory. On a larger scale, Space 220 offers an elevator to give guests an unprecedented view of our vast world where, somewhere, stands the most magical place on Earth.