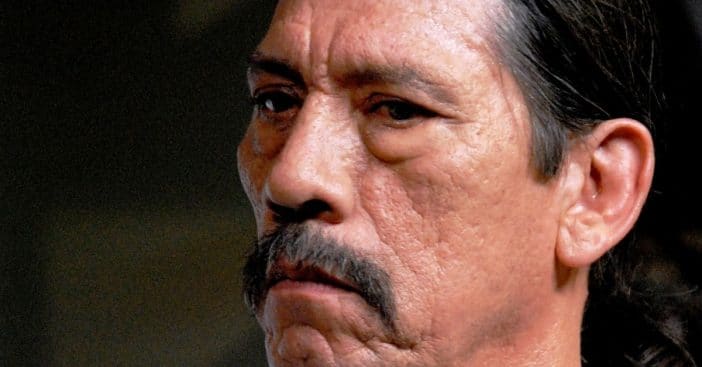 Danny Trejo could have spent the rest of his life in prison. Instead, he turned his life around and became an incredible actor! Now, he is sharing all of his life stories in a new memoir called Trejo: My Life of Crime, Redemption, and Hollywood. He credits his huge life changes to becoming sober. He has now been sober for over 50 years.

Danny got into drugs at a young age due to a rough childhood. By his teenage years, he was a heroin addict. After a few prison sentences, he decided to get clean during one of them. He got out of prison in 1969 and was sober for the first time in his adult life in the outside world.

Danny admitted, “But I had to do it. I had to get clean. I wouldn’t have gotten to this point in my life if I didn’t take that step. I would have just stayed the same person. Now, I tell my kids I love them every day. I’ll call them up and say, ‘I love you and you’re the apple of my eye.’ I guess I’m doing everything my parents didn’t do. And yet, I refuse to blame them. That was what they knew.”

Danny also talked about visiting his old prison cell after he became an actor. He was working on the movie Blood In, Blood Out and revealed that he got PTSD while filming that movie. He said, “I thank God I was with a guy named George Perry who I sponsored in 12-step programs. He was older than me. He’d been to Quentin in 1935 the first time. He went back six times. We were both together at the time. When we were in that cell, we got down on our knees and prayed.”

He added, “It was just, what do you call it? Post-traumatic stress? It was just unbelievable. I thank God that I was there to make a movie, not to live. It was for the movie ‘Blood In, Blood Out’ and George was with me.”