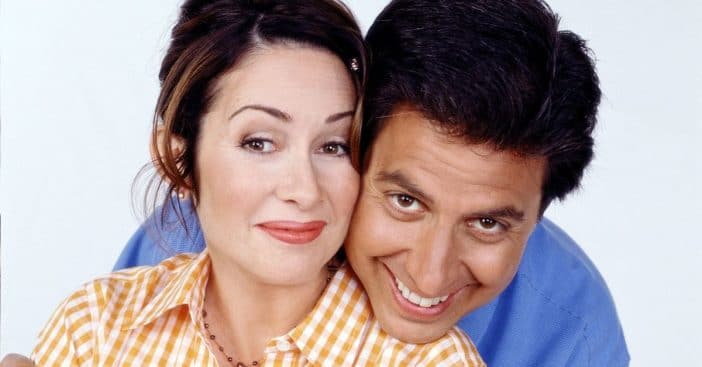 Prior to the casting of Patricia Heaton, Rosenthal had plans to meet with an unnamed actress that CBS “insisted” get the part. But Rosenthal didn’t think that person was right for the role of Debra.

“I thought she was wrong, but I met with her and she was a very pleasant, very nice person. She wasn’t going to read for the role but during the meeting, I convinced her to read a little bit with me,” he said. “And she was 10 times worse for the part than I thought she would be!”

Rosenthal would later meet with CBS executives to run by his own top choices for the role. “I said, ‘I love her and I’ve loved everything she’s been in. I think she’s terrific and beautiful, but then she read for me and I have to tell you it’s just not what I wrote. I just don’t see them as a couple. I think she could do it, but I also think that maybe we could do better,'” he remembers. “[Les] said, ‘Well, it’s just an idea.’ In other words, he let me slide and we agreed to keep looking!”

It all eventually worked out

He continues, “Two weeks later, Patty walked in and within five minutes she had the part. When it’s right, it’s right, and you know it immediately.” And from then on, it’s very much history. Even though the show has been beloved for years, Rosenthal has sadly shut down the idea of a revival. “[Phil Rosenthal and I] both agree. The parents are gone. Both parents are gone and they were so the show,” Romano told UPI back in 2018, noting the deaths of Roberts in 2016 and Boyle in 2006.
Romano also doesn’t believe that Ray and Debra taking over Frank and Marie’s meddling parents roles would work. “It’s so not the show then. We just don’t believe it would do the show justice or be good enough to do it… Not only that but one of the kids [Sawyer Sweeten] is gone also. So, I never say never, but I think it’s ‘no.'”

Will there ever be a revival?

Although there’s no revival in the works at the moment, Rosenthal has absolutely tried his hand at getting everyone together for a reunion. Sadly, he hasn’t had much success in making it happen. “I’ve pitched to now a couple of different places. We can do a reunion special. We can tell stories of the things that have happened to us at home, and then show a clip of the Raymond episode, and I think it will be entertaining and funny and you’ll get a chance to catch up with the cast as they are now,” he said in an interview on SiriusXM’s Pop Culture Spotlight with Jessica Shaw.