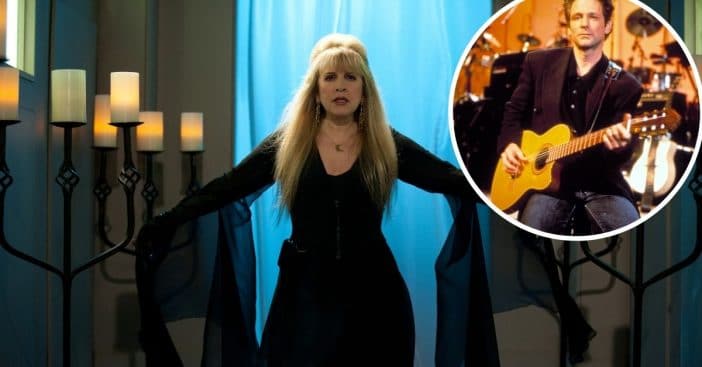 In 2018, Lindsey Buckingham was fired from Fleetwood Mac. He had been a part of the band for decades and said that Stevie Nicks didn’t want him in the band anymore. Now, over three years later, Stevie is finally sharing her side of the story. She says he wasn’t actually fired and disagrees with a lot of what Lindsey has said publicly.

At the time, Lindsey said that he asked Fleetwood Mac to push back the tour a few months so he could promote his solo album. He said they disagreed and Stevie said it was either Lindsey or her. Since Stevie is the singer of the group, they picked her.

Now, Stevie said in a letter written to Rolling Stone Magazine, “It’s unfortunate that Lindsey has chosen to tell a revisionist history of what transpired in 2018 with Fleetwood Mac. His version of events is factually inaccurate.”

She continued, “…And while I’ve never spoken publicly on the matter, preferring to not air dirty laundry, certainly it feels the time has come to shine a light on the truth. Following an exceedingly difficult time with Lindsey at MusiCares in New York, in 2018, I decided for myself that I was no longer willing to work with him. I could publicly reflect on the many reasons why, and perhaps I will do that someday in a memoir, but suffice it to say we could start in 1968 and work up to 2018 with a litany of very precise reasons why I will not work with him. To be exceedingly clear, I did not have him fired, I did not ask for him to be fired, I did not demand he be fired. Frankly, I fired myself.”

She added, “I proactively removed myself from the band and a situation I considered to be toxic to my well-being. I was done. If the band went on without me, so be it. I have championed independence my whole life, and I believe every human being should have the absolute freedom to set their boundaries of what they can and cannot work with. And after many lengthy group discussions, Fleetwood Mac, a band whose legacy is rooted in evolution and change, found a new path forward with two hugely talented new members.”

Read the rest of the letter here. Who’s side are you on?