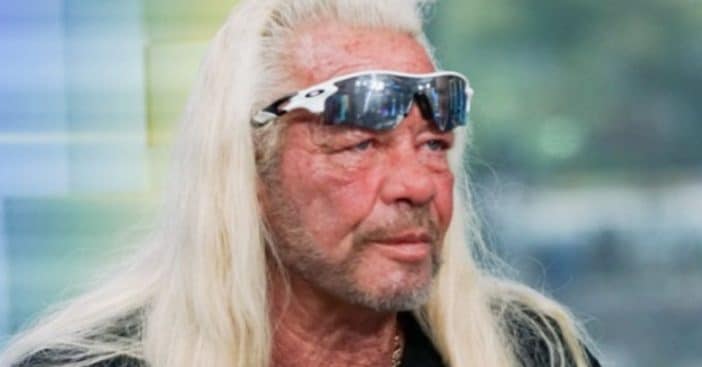 Dog the bounty hunter claims that he had a pass to use the n-word following accusations of him being racist. He recently caught backlash after leaked audio from an old phone call featured him using the racial slur at least six times, which is said to have led to the cancellation of his show Dog the Bounty Hunter on A&E.

Dog addressed the scandal in a new interview with Entertainment Tonight, explaining how he believed he had a pass to use this language. “I thought I had a pass in the Black tribe to use [the N-word], kind of like Eminem,” he said.

When asked who gave him the “pass” to use the word, he said it was “the brothers.” He continues, “I had just gotten out of prison in 1979 after spending 18 months in Texas and it was probably three quarters from the Black tribe… So that was a word that we used back-and-forth as maybe a compliment.”

He adds, “My pass expired for using it but no one told me that. To say a racist name doesn’t qualify to make you a racist.” When he was told that using the n-word as a White person is a racist act, he said, “I have more Black friends than Eminem,” and also stated, “I have never been a racist.”

He’s been making headlines recently as there’s been a big family rift going on between Dog and his daughters, Bonnie and Cecily, who have been outspoken of their support for the BLM movement. Not only have they claimed their father is racist, but they’ve also accused him of being homophobic, which Dog’s daughter Lyssa has vehemently denied.

“Would I die for a gay man or a Black man?” Dog asked in the interview. “I’d lay down my life.”