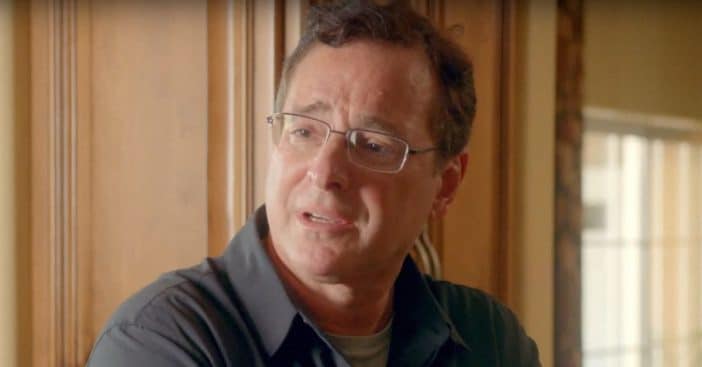 Bob Saget was trending on Twitter and he can explain. He apologized after fans started sharing stories about Bob blocking them on social media. Apparently, he has been doing this for years!

He tweeted, “Apologies to all the people I’ve blocked over the years. Just can only let positive stuff in. If I could block myself I would. And sending @carseatheadrest my very best.” Car Seat Headrest refers to a band. The band released an album in 2010 that has explicit lyrics about Bob. Apparently, he’s heard the songs!

Apologies to all the people I’ve blocked over the years. Just can only let positive stuff in. If I could block myself I would. And sending @carseatheadrest my very best.

His tweet was trending and it got a lot of people talking. When Bob isn’t on social media, he has been continuing his comedy tour and working on a new podcast. His podcast is called Bob Saget’s Here For You. It is a mix of jokes and serious conversation and he’s already booked some celebrity guests including Jon Hamm and Judd Apatow.

Bob admitted that he loves doing live shows but hates when social media takes things out of context. He said, “It does hurt comedy because you have to worry about who has their phone out and who’s going to post it on the Internet and then everyone taking it out of context. They never hear that set up or the apology or maybe I never even said what they say I said. They misquote you or whatever. It didn’t come out of my mouth ever. And that’s just wrong. It’s hard to find the funny sometimes. But doing a show in front of a live audience is a very special thing.”