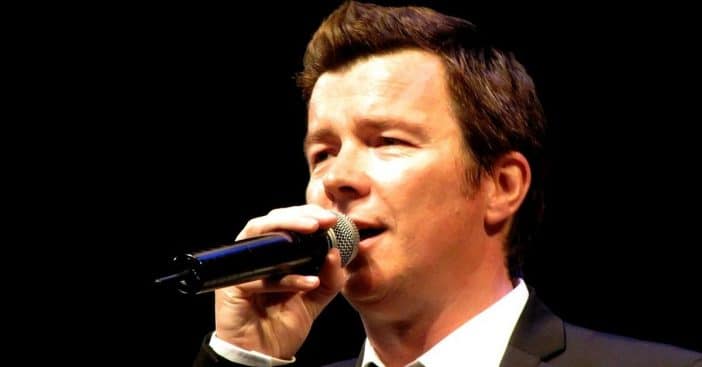 The 1987 music video for the song “Never Gonna Give You Up” by Rick Astley just hit a billion views on YouTube. The huge number of views is likely due to “rickrolling,” which is a prank where people send a link and instead of what you think it will be, the music video comes up!

The official music video was uploaded in 2009 and has become a viral phenomenon. The main part of the joke is when Rick sings, “Never gonna give you up, never gonna let you down, never gonna run around and desert you.”

“Never Gonna Give You Up” hits 1 billion views on YouTube

Rick is now 55 years old and reacted to the news that his video hit a billion views. Even though it is part of an Internet prank, he didn’t let that part get him down. He said, “That is mind-blowing. The world is a wonderful and beautiful place and I am very lucky.”

34 years ago today Never Gonna Give You Up entered the UK Singles Chart at #32. It soon reached #1 and stayed there for 5 weeks! It spent a total of 23 weeks on the chart making it the best performing single of 1987 – Team Rick #nggyup #nggyup1billion pic.twitter.com/5vbhwBtMo7

Rick added, “To celebrate 1 Billion views for ‘Never Gonna Give You Up’ I’m releasing a limited & numbered 7-inch blue vinyl of the song, 2500 of them and I’ll be signing them all!” When asked about it being a joke he said, “It’s done me a lot of good, probably. The thing is it’s not personal to me, even though I know it is me and it’s my name in the title of Rickrolling. It’s that video that I’m in, it’s that song that’s mine, but it could have been anybody.”

Have you ever been “Rickrolled?” Watch the video below: