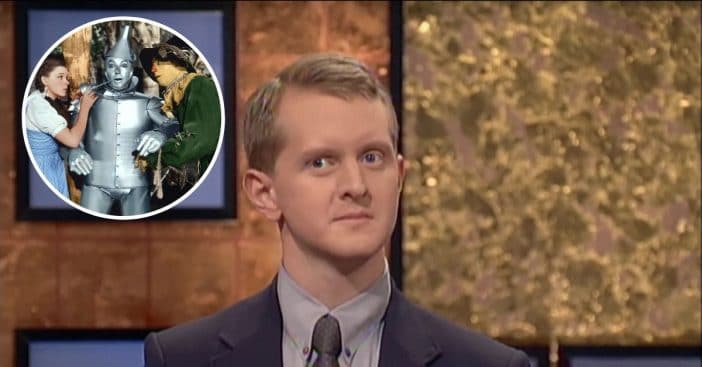 Ken Jennings may be a Jeopardy! winner and fan-favorite but he is also somewhat of a comedian! He loves to share witty and often sarcastic jokes on Twitter. Recently, he decided to stir up some controversy with a joke about the beloved film The Wizard of Oz.

He tweeted, “I don’t want to get controversial on here but if I went to the ‘Wizard of Oz’ needing a heart and he gave me a “testimonial,” I’d be super-pissed.” He is referring to the ending when the Tin Man asks for a heart and receives a testimonial.

Ken Jennings jokes about ‘The Wizard of Oz’ on Twitter

I don’t want to get controversial on here but if I went to the Wizard of Oz needing a heart and he gave me a “testimonial,” I’d be SUPER-pissed.

Many fans of the film found this funny and some even tweeted back. One person joked, “U.S. healthcare system for you.” Ken doesn’t just write jokes on Twitter, he has also written a book on comedy called Planet Funny. In the book, he discusses the evolution of modern comedy.

These days, Ken works on The Chase and is a producer on Jeopardy! He is even in the running to take over as permanent host of Jeopardy! after many fans loved his guest-hosting spot. He received a very high score for ratings while he hosted the game show.

Would you like to see Ken as the permanent host of Jeopardy!? What do you think about his jokes? If you’re interested in his book, click here to purchase on Amazon.

Click for next Article
Previous article: Whatever Happened To Phillip Paley From ‘Land Of The Lost’?
Next Post: ‘Brady Bunch Star’ Barry Williams Opens Up About Going Through Puberty On Television