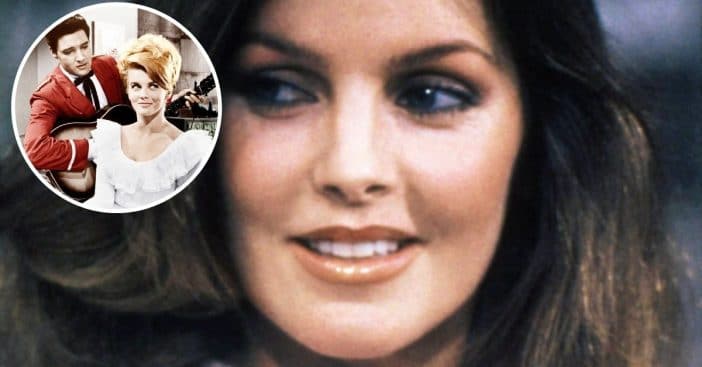 Priscilla Presley was uneasy when Elvis left to work on the film Viva Las Vegas with co-star Ann-Margret. Turns out, there was something backing her concerns. Elvis had admitted to Priscilla that he had affairs with many of his past co-stars. Of course, this was before he even met Priscilla.

She wishes she would have been honest about her concerns with Elvis before he left. She said in her memoir, “Cursing myself, I wondered why I couldn’t tell him what I heard. I’d been upset ever since I’d learned that his new leading lady was going to be Ann-Margret, the fastest-rising starlet in Hollywood.”

Priscilla was jealous of Ann-Margret

She added, “Ann-Margret had made only a few movies, including ‘Bye Bye Birdie,’ but she’d been dubbed ‘the female Elvis Presley.’ Elvis was curious about her, pointing out that ‘imitation is the sincerest form of flattery.’”

Unfortunately, Elvis did date Ann-Margret while working together. He left her to marry Priscilla though. Elvis and Ann-Margret stayed friends and saw each other once in a while before he died.

Do you think Elvis was meant to be with Ann-Margret or Priscilla? Ultimately, he didn’t end up with either of them, but he had his only child, Lisa Marie, with Priscilla.

Click for next Article
Previous article: During His Time As Disc Jockey In Vietnam, Pat Sajak Accidentally Cut Off President’s Speech
Next Post: Florence Henderson Once Shared Her Theory On Her Character Carol’s First Husband