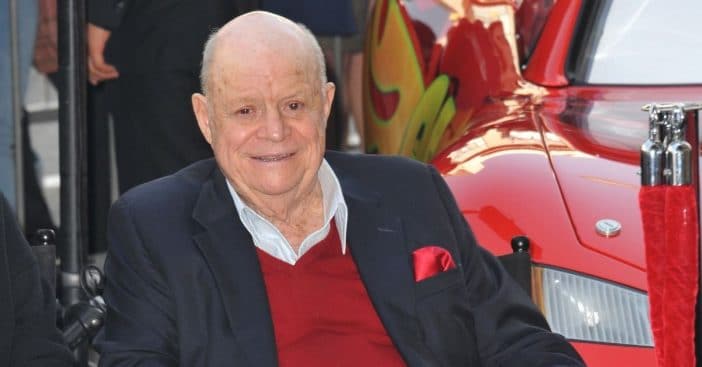 Don Rickles’ longtime Los Angeles home now has a $6.5 million offer after spending just one week on the market. The home was originally owned by the late Rickles since 1989 and is already seeing a potential new buyer with a whopping offer.

Rickles’ wife of 53 years, Barbara Rickles, remained in the home until her death earlier this year. The estate was listed on July 13th and was pending an offer by July 21st. The home spans 5,600-square feet and is made up of four bedrooms and five bathrooms.

Rickles talked to the NY Post back in 2015 when he was living in that same house, saying he had no intention of retiring anytime soon, “unless, God forbid, my health goes bad. I had a bum leg, it got some disease on it — it’s a long story — but now I sit in a chair with a cane and they still laugh so I’m happy about that. And if I don’t do standup, I’ll be sitting in a chair and taking questions and talking about my life. As long as they show up and see me.”

Moreover, the home features a two-story entry with a sweeping staircase, hardwood floors, a large living room, and a hand-carved stone fireplace imported from Europe. There’s also a paneled library/den, a glass-mirrored wet bar, a gourmet center island kitchen with appliances, and an elevator. The suite comes with a sitting area, an outdoor private patio, dual baths, a spa tub, and large walk-in closets.

A longtime comedy legend, who had trouble in mainstream comedy

Rickles was mostly known for his insult comedy. He rose to fame after his aggressive humor on The Dean Martin Show and The Tonight Show Starring Johnny Carson. Younger generations may know him as Mr. Potato Head from the Toy Story movies.

Despite being a powerhouse and trailblazer in comedy, he did struggle to fit in with regular primetime TV like his peers. “They were never able to catch on with me, with my image — it was tough to write how I am,” he tells The Post back in 2015. “The dramatic stuff always went over big, but I never had luck with comedy. The people around me were great, but somebody said I was ‘too strong’ on TV — not with the language or what I said, but with my attitude. At that time I was comparatively young for TV … so it was difficult for me. I didn’t feel that way, but that’s the way it went.”

Check out the photos of Don Rickles’ long-time home here.