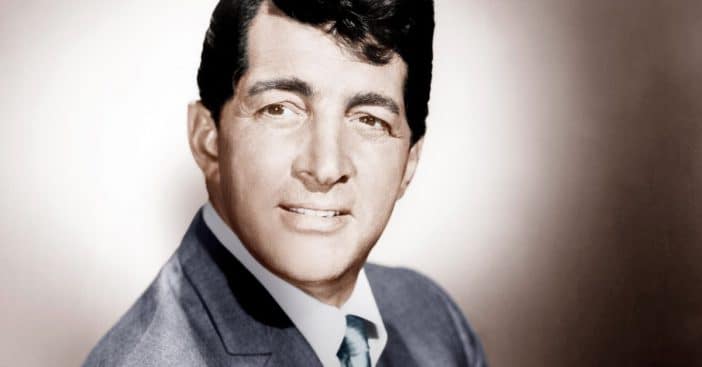 In his prime, Dean Martin was the dude everyone wanted to know, right next to Frank Sinatra. He was a movie star, he had a TV show, and he was one of the most captivating vocalists of all time.

It’s no secret that with a multi-talented guy like Dean, his work sold in the millions. Dean’s got quite the backstory, however. Here are some little known facts about Dean Martin that might surprise you!

1. He didn’t speak English until he was 5 years old

Dean Martin was actually born Dino Paul Crocetti. If you couldn’t tell by the name, Martin grew up in a very Italian family. He didn’t speak any English until he was 5 years old.

2. He was an amateur boxer

We all know Martin as an actor and singer, but did you know that he was once an amateur boxer? He boxed under the name “Kid Crotchet.” His record was apparently 24 wins and 6 losses in 30 bouts.

3. He changed his name twice

4. He wasn’t a big reader, but had a love for comic books

Martin wasn’t a big lover of regular novels, but he adored his comic books. He would be too embarrassed to buy them, though, so he’d have longtime friend Jerry Lewis buy them for him and slip them to him in private. He only read one actual book in his entire life, which was Black Beauty.

5. He was a religious man who always said his prayers

Martin was a devout Catholic. He apparently said his prayers every single night before he went to bed. Amen!

6. He was severely claustrophobic

Martin was terrified of closed-in spaces. He flat-out refused to ride an elevator once and actually went out of his way to walk 18 flights of stairs instead.

7. He once called the police on his wife’s party

Despite being a lover of booze and living it up, Martin hated parties. He hated them so much that he called the police on his wife’s party once. He was in his room watching TV and the louder the party got, the more annoyed he became. Martin then called the local police posing as a neighbor and said that “there was a party going on at Dean Martin’s house.” The police did in fact come and break the party up because of his anonymous call!

8. He received $34 million for not rehearsing

In 1968, Martin signed a three-year contract for $34 million to do three more seasons of The Dean Martin Show. The contract had a little bit of a twist, though. Since he hated rehearsing, he did not have to show up to rehearse all week. Someone would stand in for Martin instead. Yes, he got paid $34 million to not show up and have someone take his place for rehearsals. What did he do in his free time? Golf.

What did you think of these little known Dean Martin facts? Did any of them surprise you? Be sure to share this article if they did!

9. Martin got work done before it was cool

Today, the industry is full of people seeking some help keeping their skin looking smooth or their wrinkles gone. Before all that, Martin himself actually got a nose job at the age of 27. It’s reported that film comedian Lou Costello actually paid for the procedure. Then, Martin’s own son would marry Costello’s daughter. The family that undergoes surgery together stays together.

Everybody starts somewhere, even the legendary likes of Dean Martin and Jerry Lewis. The two met back in 1945 while Lewis was performing a lip-sync routine. The rest is history for this famous duo, but early on, they ran into a big hiccup. During their first job at the 500 Club in Atlantic City in ”46, the owner thought their performance so dreadful, he threatened to fire them then and there! Check out our Deep Dive into good ole Dino: