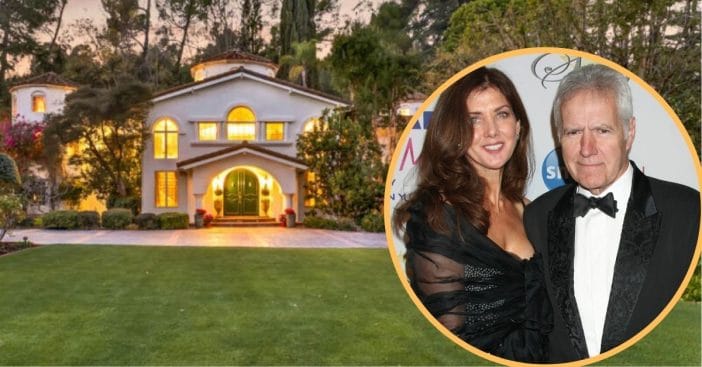 Alex Trebek, the late longtime host of Jeopardy!, has just had his longtime and final LA home hit the market for $7 million. Trebek died back in November 2020 and had purchased the home with his wife Jean Trebek back in 1991 for $2.15 million.

This would be the home where Trebek would spend his final years, having raised a family in that home, including his three children—and, all the while, became a household name as well.

There’s also a guest space which features one bedroom and two bathrooms. The grounds also include a pool, lush greenery, and mature oak trees.

A source tells the NY Post that Jean was finally ready to really let go of the house. It was difficult for her because that home because a large part of her 30-year marriage to her late husband. “He was really the love of her life,” the source says. “She knew in order to ever move forward she would have to let go of the house.”

In the October 2021 issue of Eden Magazine, Jean actually opened up about her marriage to Trebek. She said, “Like most long-term relationships, we had our ups and downs, but the truth of it was that we were very close and experienced a lot of life together.” She also explained how it was “important to Alex to keep his personal life separate from his professional life.”
She continues, “In looking back, the fact that I did not identify Alex as an ‘icon’ was a gift… We were equal partners in a marriage, and we had our own personal growth issues to deal with just like any ordinary couple.”