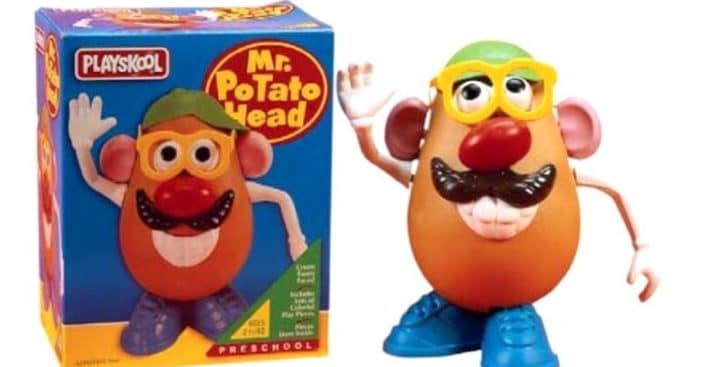 Hasbro is officially dropping “Mr.” from the iconic and nostalgic Mr. Potato Head toy in an effort to make it gender-neutral. This is to try and appeal to a broader base of customers. The toy typically features removal parts like eyeglasses, a mustache, nose, and mouth. In the new series, the toy will be more sustainably made with “plant-based plastic” and use less plastic packaging.

Consumer preferences have been evolving and changing over time as green consumerism becomes a bigger trend. Mattel is another toy brand that has been releasing gender-neutral Barbie dolls in a wide array of skin tones, body types, and other presentations.

When the new brand is unveiled, kids will have a blank slate to create same-sex families or single-parent families. https://t.co/sm4aMG2b3J

Beginning in the fall, Hasbro will be sending out the toys in family kits. They will include two non-gendered “adult” potatoes, one “baby” potato, and 42 accessories. The goal here is to let kids decide the parents’ gender rather than being automatically labeled “Mr.” or “Mrs.” The company did add that the original Mr. and Mrs. Potato Head dolls will still “live on as part of the brand.”

These dolls first began selling in 1952, and many fans recall seeing the famous Mr. and Mrs. Potato Head dolls in the Toy Story films through the years. The line of toys has been altered before to keep up with the times, including dropping the pipe in 1987 over tobacco concerns. Then, in 1992, the Potato Head backstory was rewritten to embrace a more active lifestyle rather than embracing the term “couch potato.”