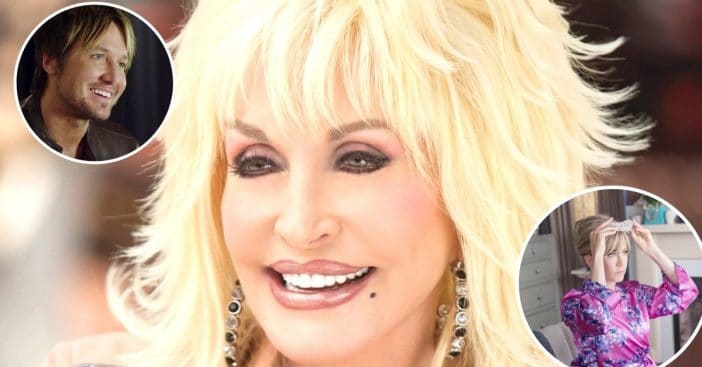 While Dolly Parton has been a faithful wife to her husband Carl Dean for over 50 years, that doesn’t mean she doesn’t have any celebrity crushes! She once admitted that she is very attracted to another country music star. She also revealed who Carl’s celebrity crush is.

Dolly once joked, “I love to flirt, and I’ve never met a man I didn’t like. Men are my weakness. Short, fat, bald, or skinny — I’ve had crushes on some very unusual men, but Carl knows I’ll always come home and I’m not having sex with these people — I’m just flirtin’ and having fun.”

Dolly Parton shares her celebrity crush and her husband’s

She added, “If I’m away I’ll say to my husband, ‘You don’t mind if I fantasize about Keith Urban [Nicole Kidman’s husband] tonight, do you?’, and he doesn’t. He says he’d think less of any man who didn’t fall in love with me.”

RELATED: Dolly Parton Celebrates Her Husband’s Birthday With A Recreation Of Her Playboy Cover At 75

Dolly said that Carl’s crush is actress Jennifer Aniston! Jennifer worked with Dolly on the Netflix film Dumplin’ and admitted that singing for Dolly was a dream come true, but not one without a few nerves.

Click for next Article
Previous article: Jim Belushi Shares The Reason Why He Was Fired From ‘SNL’
Next Post: Marla Gibbs Loves Betty White – That’s Why She Doesn’t Want Any More Comparisons To Her