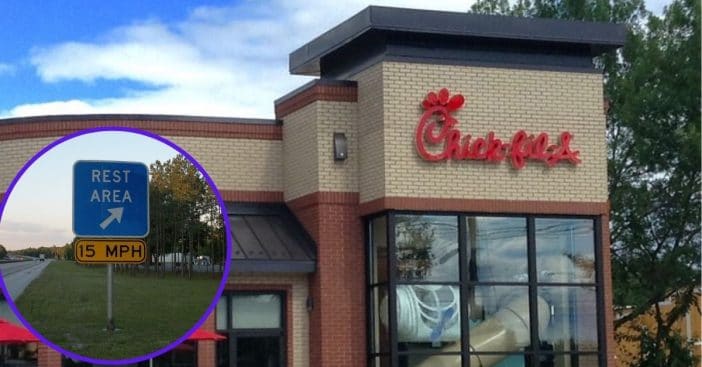 New York lawmakers want to ban Chick-fil-A from its rest stops over its LGBTQ stance. The fast-food restaurant is among a handful of them that were awarded contracts by the New York State Thruway Authority. This is in order to be part of a $450 million plan to renovate 27 service areas.

However, after Chick-fil-A’s chief executive, Dan Cathy publicly disparaged LGBTQ rights and has also donated to anti-LGBTQ organizations, NY lawmakers are fighting back.

Will Chick-fil-A be banned from NY rest stops for good?

Assemblyman Harry Bronson, a Rochester-area Democrat, has already sent a note to Thruway Authority Executive Director Matthew Driscoll asking him to “re-examine the list of approved concessions” due to Chick-fil-A’s past support of anti-LGBTQ organizations. New York City Mayor Bill de Blasio has also tried to ban the restaurant over Cathy’s stance on LGBTQ rights.

Chick-fil-A has since disputed that it has any kind of political agenda. Pointing back to its 2019 announcement, they pledge to support three causes: education, homelessness and hunger.

“Chick-fil-A is excited about the partnership and the opportunity to further serve the residents of New York,” the company said in a statement at the time. “We want to be clear that Chick-fil-A does not have a political or social agenda, and we welcome everyone in our restaurants.”

Assembly member Linda Rosenthal (D-Manhattan) is one of the people who continue to challenge Chick-fil-A’s beliefs. “Bigotry and discrimination are not New York state values. New York state has long worked to advance LGBTQ+ rights, but inviting a restaurant that is committed to blocking equality to open on state property will undermine our continuing efforts toward true equality,” she says.

The Thruway Authority additionally said that it supports an “inclusive environment that treats the tens of millions of people that travel our system with dignity and respect,” adding that “there are no state taxpayer dollars or toll payer funds” being used to fund the developments.

Click for next Article
Previous article: Whatever Happened To Donna Douglas From ‘Beverly Hillbillies’?
Next Post: Sylvester Stallone Is Being Accused Of Using Fake Weights During His Workout