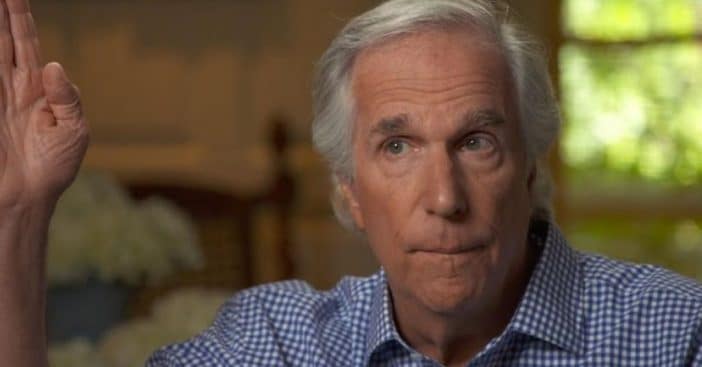 Henry Winkler featured heavily on Happy Days as the Fonz himself. He may have hung up the leather jacket and motorcycle, but he still has that same strong presence, almost in defiance of his greatest fear. Winkler revealed just what his biggest fear is and why in a 2018 interview that took a personal turn.

Understanding both his fears and Winkler’s own upbringing helps paint a fuller picture of just who the actor is and what drives everything he does. It also keeps him a fierce advocate of those who find themselves in a similar position during their own childhoods.

The Fonz will always have your back

Throughout his youth, Henry Winkler battled with dyslexia that went unchecked for decades. In fact, Understood writes, he could never fully read a book until he was 31. He also wrestled with impaired motor skills because of it, even when riding the motorbike on Happy Days. Winkler also worked fast to memorize whatever he could manage to get from a page of script, then improvise the rest.

Today, he’s the parent of kids with dyslexia and has taken it upon himself to make sure no one else battles in silence like he did. “Those families that have children who learn differently, and that are embarrassed by the child because it does not live up to snuff,” he fired off, “you’ve created it actually. It comes from your genes, parents out there.”

Old troubles gave rise to this big fear for Winkler

All these challenges made for a difficult upbringing, Winkler reflected, adding, “I was grounded 97 percent of my high school career.” It also led into a very particular fear for Winkler. “I’ll tell you where the danger really is,” he went on. “Here’s the real danger, in not allowing it to be true. And telling a child they’re just lazy, in telling a child it doesn’t exist. ‘Just work a little harder, change the curriculum and learn Latin, and you’re gonna be like a great student.’” He sees such parenting as a way of confining their child, fitting them into a box without realizing there never were any walls they needed to stay put in.

As a result, Wimkler concluded, his biggest fear is “Being confined in a straitjacket.” Instead of being met with support and ways to grow, he was punished and confined for much of his childhood. Though he eventually did go on to be a celebrated star, Winkler did learn to fear restrictions, limitations, and punishments like that.

Click for next Article
Previous article: Bodybuilder Banned From American Airlines For Shorts Being ‘Too Short’
Next Post: Morgan Woodward Was Such A Good ‘Gunsmoke’ Baddie, Women Yelled At Him On The Streets