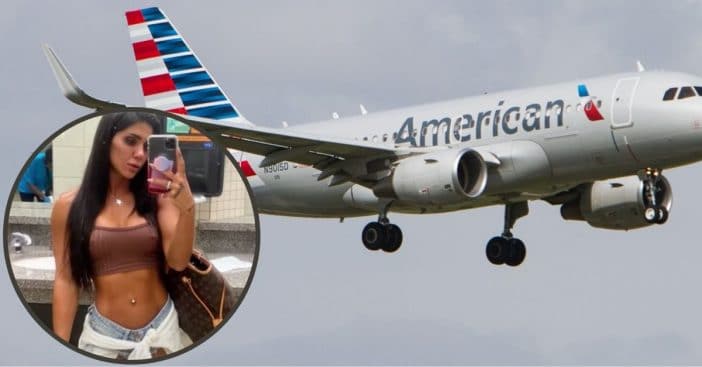 A female bodybuilder was banned from American Airlines due to her shorts being “too short” and would “disturb families” abord the flight. Deniz Saypinar is now speaking out about how she was stopped from boarding a flight from Texas to Miami on July 8th because of her denim shorts.

“You will never believe what happened to me at Texas Airport,” she wrote on Instagram. She tearfully recalled the incident, talking about how the staff allegedly insulted her when they called her almost “naked.” Even after putting on a t-shirt to cover up a bit more since she was also wearing a crop top, she was still denied the flight.

“They literally didn’t take me to the plane because they say ‘you’re naked and you offend other families,’” she recalls. Saypinar is a Turkish bodybuilder who moved from Turkey to L.A. to further her bodybuilding career. Furthermore, she is the first woman from Turkey to have received the International Federation of BodyBuilders (IFBB) status.

On Instagram, she stated that she moved to America to experience more freedom as well, but ended up being shocked by the “ridiculous behavior” of the American Airlines staff. She continued in her post, I am an athlete, and now I have to wait here until the morning. I like to wear feminine clothes that reveal my femininity, but I never dress in a way that will offend anyone. I’m mature and civilised enough to know what I can and cannot wear.”

Her following is standing behind her

Saypinar added that she didn’t deserve to be treated like the “worst person in the world for wearing denim shorts. What separates us from animals if humans can’t control even their most primitive impulses.”

Since her post, her followers have been nothing but supportive. One fan said, “It is 2021, and there is still a dress code you have to follow to board a plane, of course, only if you are a woman. This is ridiculous.”

American Airlines has since released a statement on the situation:  “On 8 July, American Airlines denied boarding for a customer travelling from Dallas-Fort Worth to Miami. As stated in the conditions of carriage, all customers must dress appropriately and offensive clothing isn’t permitted on board our flights.”

An additional spokesperson added, “The customer was advised of our policy and was rebooked on a subsequent flight. The customer has since arrived in Miami.”